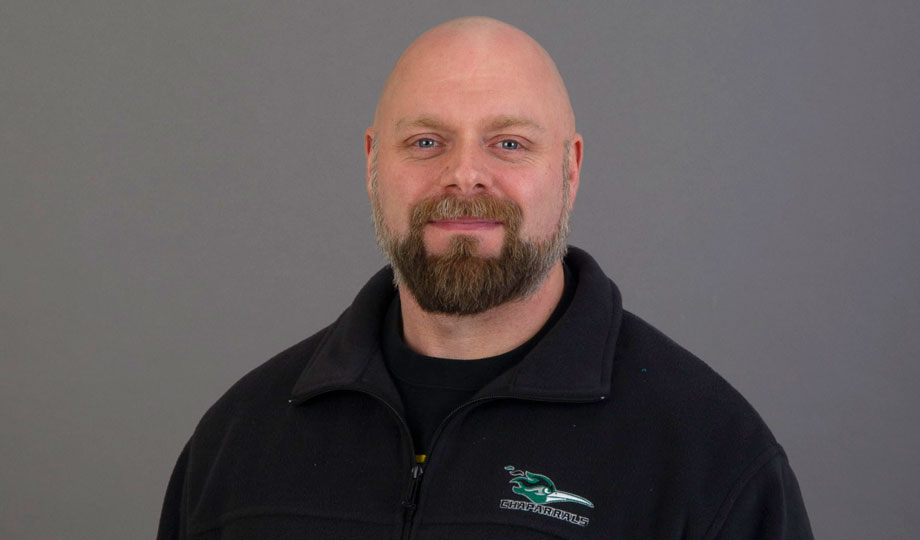 Going to college wasn’t a priority for Jason Adams.

Instead he entered the business world after finishing high school. While working at Market Day, where he transitioned into supervisory roles, he decided to enroll at College of DuPage and took Anatomy and Physiology, which he really enjoyed. Adams transferred to Indiana University but came back to COD, where he signed up for the biology majors course with a lab.

“What interests me in biology is the beauty and complexity of life,” he said. “The more I learn about how life works, the more amazed I am. When I was taking biology classes, I didn’t know what to do with it, but I knew I wanted to pursue more of it.”

After earning his associate’s degree, Adams transferred to Roosevelt University. He was almost done with his bachelor’s in Biology when the department chair asked what he planned on doing in the future. Adams had been thinking about continuing his education, and the department chair said that if funding may be available if he wanted to pursue a master’s degree in Biotechnology and Chemical Science.

So Adams stayed at Roosevelt. While he didn’t mind research, teaching was a different story.

“What excited me was the process of learning and communicating what I learned,” he said. “When you enjoy a subject as much as I enjoy biology, you can’t help but want to share the wonders of biology with others. Plus, I may be a little unusual, but I actually like public speaking!”

After finishing his master’s degree, Adams began teaching part-time at a variety of schools, including College of DuPage, until he was hired full-time at COD to replace a retiring Susan Stamler, his former microbiology teacher. As a student, he thought she had a great job, so he felt it was fitting to follow in her footsteps.

Adams hopes his students appreciate biology as much as he does.

“I want students to ponder life and how it works. I also want them to leave the class with more questions than they started with and have the desire to seek answers,” he said. “Enrico Fermi once said, ‘Before hearing your lecture I was confused about the subject. After having heard your lecture I am still confused, but at a higher level.’ To me that is the nature of science, when you’re really thinking about it. I want my students to know that life is complex, so go find the answers to the tough questions and then change the world! I hope to give them the tools they need to form a foundation that they can build upon.”

He also enjoys the unique life stories and dreams that his varied students bring into the classroom.

“I have the honor of getting to know so many of them and learning their background and motivations,” he said. “One of my favorite things is to hear about their successes after they leave my class. They amaze me every single day.”