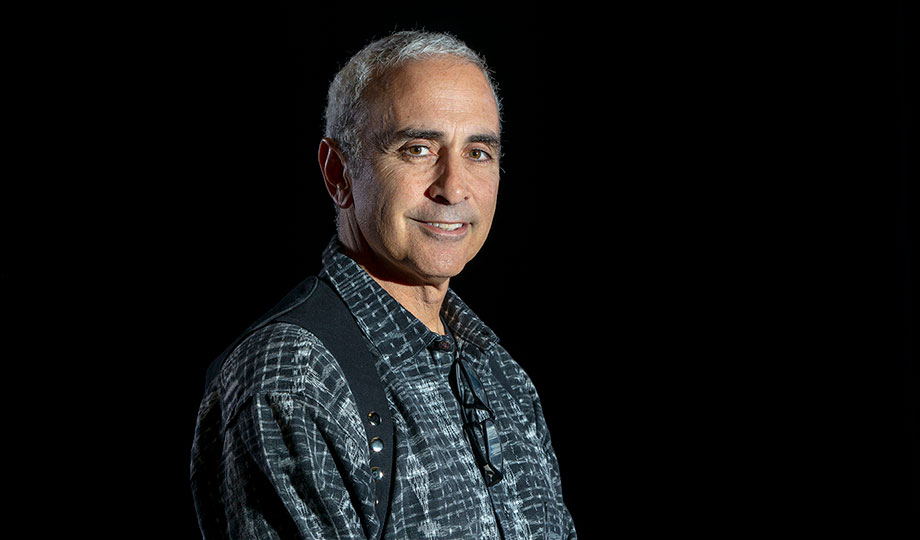 "I was kind of a wayward jock, not that I was much of a jock," he explained. "I was the smallest guy on the football team. And to make matters worse, I wasn't that fast either. In sports, small and slow are not good things."

Benassi went to Southern Illinois University but dropped out after his first semester.

"John Lennon died. Everyone was marching around campus by candlelight, and my dorm mates were all stoned. I packed my stuff, went to the train station and never returned," he said. "Then I came to COD but dropped out mid-semester because I got into an argument with my parents. The following fall, by a fluke, I randomly took Frank Tourangeau's Speech class."

Benassi credits Tourangeau, a retired COD Speech professor, for sparking his interest in the subject.

"I never felt that way in a class before," Benassi said. "He mentioned something about a speech team. I remember walking up after class and all these other students were crowding around him, so I just left. I wasn't one to wait around back then.

"When he mentioned the speech team again next class, I walked quickly to the front of the room. He brought me to the team meeting room and I remember watching a few students perform. And that was how I first became interested in speech."

Benassi eventually transferred and earned both his bachelor's and master's degrees. He taught part-time at COD and coached the Speech team with Tourangeau before taking a full-time position at The Executive Technique. Benassi conducted more than 60 communication seminars for a variety of Fortune 500 executives around the U.S. and Canada.

When the opportunity arose to teach full-time at COD, it was a no-brainer for Benassi.

"I loved wearing a suit, the traveling and business experience," he said. "But the chance to work with Frank and the speech team, have more autonomy to create my own curriculum to help struggling students and develop creative projects was too difficult to pass up.

"I can't imagine not teaching, given the tremendous opportunity to positively affect lives. I teach because I hated school. Frank changed me and I want to change others and help them push far beyond their imagination and accomplish great satisfaction in life. I also teach because I continue to learn from every student I teach. I hear a lot about teacher burn-out. But I think it's hard to burn out if you respect your students and stay curious."

Benassi wants students to leave his classes with greater confidence, purpose and resolve to live to their fullest capacity and to understand that they bear the greatest responsibility for their own significance and happiness.

"I love when a student does or says something that I would have never imagined," he said. "I love to see people take risks to move ideas forward and help us all realize there are many ways to accomplish a single pursuit."