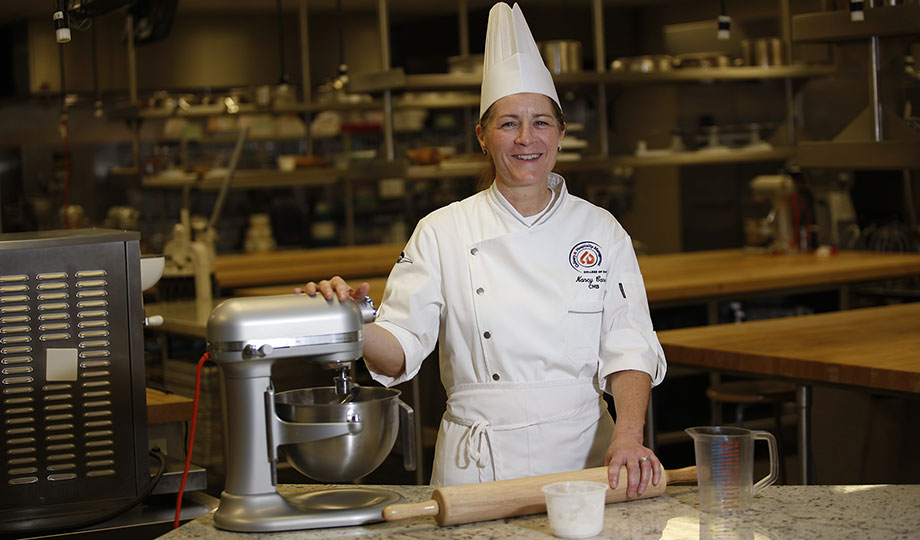 Nancy Carey was first drawn to the culinary industry because it offered a work environment that was very active, artistic and social.

"I love the craft, communal atmosphere and accessibility of the art form for all people," she said.

In 1997, Carey opened a wholesale and retail artisan bread bakery in Chicago called Red Hen Bread. The bakery grew at a rapid rate, and after eight successful years, she stepped away to pursue teaching.

"I needed to reclaim my life, and it was like coming up for air," she said. "I then taught at Le Cordon Bleu until I had the opportunity to teach at College of DuPage.

"Teaching allows me the ability to be in the kitchen promoting the craft and discipline of baking and pastry. Ultimately, we in culinary schools are charged with educating future culinarians in the culture of the kitchen, methods, techniques, theory and the continual pursuit of a higher standard. It is not a small task but one which can reap great benefits for both the student and teacher. I want to be part of a person's progress toward their definition of success."

Carey is easily inspired, especially by the creativity of those around her.

"Daily I am blown away by all the profoundly talented people I have had the luxury of working with and learning from," she said. "When you commit to an art form, craft or discipline, you eventually run in the same circles with those who share your passions. As a result, they offer unending inspiration."

More about the Culinary, Hospitality Management and Tourism program