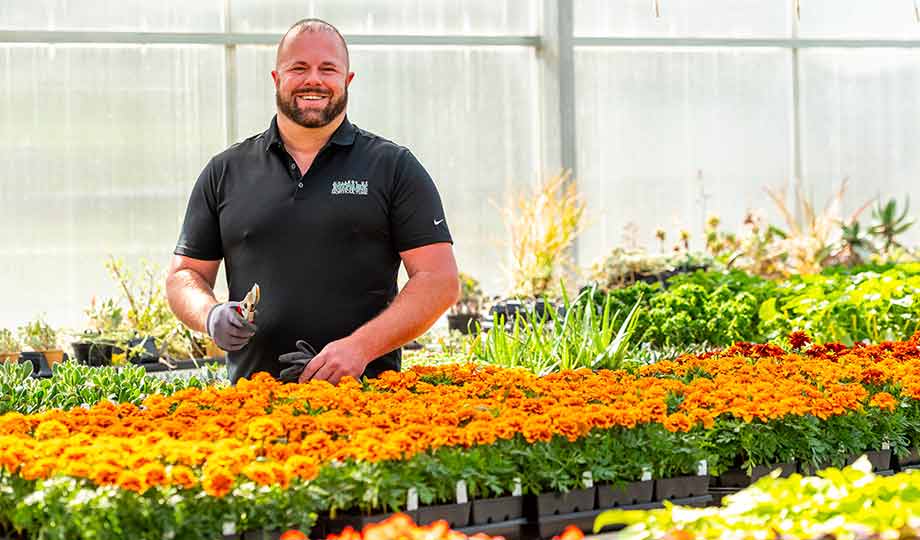 Brian Clement grew up on a farm in Virginia, Ill., where his mother was a kindergarten teacher and his father a former teacher. Clement earned his bachelor’s degree in Agricultural Education in 2000 and spent six years teaching that subject at Astoria High School.

Upon moving to the Chicago suburbs, Clement began teaching at the Technology Center of DuPage in Addison and at College of DuPage in 2007. He created a landscape design and management program at TCD, only the second of its kind in the nation for high school students. Working closely with Judy Burgholzer, coordinator of the College’s Horticulture program, he developed curriculum for the high school program that aligned with the College curriculum, allowing high school students enrolled in dual credit courses to earn 17 college credit hours.

“I’ve always liked helping students and seeing them succeed,” he said. “And I’ve always had a passion for landscape work. I liked taking care of the landscape on the farm, and I was always working side jobs while I was in high school.”

Clement has created new curriculum for the College, including Computer-Aided Drafting for Landscape courses using DynaSCAPE software. He also helps students enter state and national competitions in order to further their experiences. For example, he takes students to the National PLANET Student Career Days competition, a four-day event that attracts students from more than 70 colleges and universities across the country. During the past three years, eight COD students have placed in the top 10. In addition, he has helped COD students earn first place for three consecutive years at the Illinois Landscape Design Contest.

As a result of his efforts, Clement was named College of DuPage’s Overall Outstanding Part-Time Faculty Member for 2012-13. He then became full-time faculty in 2014.

Clement is constantly inspired by the level of dedication from his students.

“I like seeing their willingness to learn something new,” he said. “They need to be allowed to show their imagination, and I want to encourage and challenge them to realize their strengths and then use them to succeed.”

More about the Horticulture program