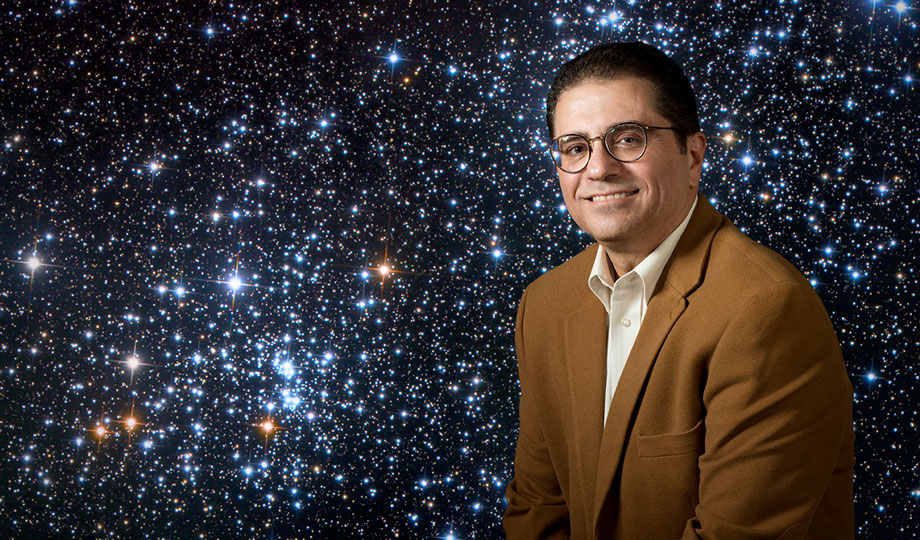 After beginning to read about astronomy, Joseph DalSanto wanted to observe the night sky himself. So he purchased a telescope as a freshman in high school and, during the past 40 years, has developed an in-depth knowledge and familiarity with the night sky due to hundreds of evening observations.

“I’ve used and built numerous telescopes and observed thousands of objects from my home observatories as well as from locations in such places as Florida, New Mexico, Indiana, Wisconsin and California,” he said.

DalSanto first worked as an IT support professional for Hewlett Packard, where he worked on onsite and remote system hardware support for 15 years and then moved into IT project management. In this role, he helped lead HP’s early system web support.

But it was his love of the sky that eventually led DalSanto to the classroom. He began making presentations to astronomy clubs and groups and was invited to perform public outreach and oversee the observatory at Waubonsee Community College. His growing love for teaching led to the pursuit of a master’s degree in astronomy, and he began teaching credit classes part-time at Waubonsee.

When a full-time astronomy position opened up at College of DuPage in 2012, he left HP to pursue his passion. He teaches two rigorous courses on planetary astronomy and stars and galaxies as well as honors versions of each.

“I set high standards for my students, but I want them to enjoy learning about our amazing universe,” DalSanto said. “I put tremendous planning and effort into my courses and I want them to walk out with not just knowledge but also appreciation for what we know and how we know it through the process of science.

“I’ve been told repeatedly that my passion for astronomy shows. I want to share that passion and so I take great interest in my students’ success. I’m especially proud of the quality of the research projects done by my honors students, with several going on to pursue careers in astronomy.”

DalSanto continues his deep appreciation for the universe and wants others to experience it.

“I have never lost my love for standing under a truly clear, dark sky and experiencing the universe first hand personally,” he said. “I am thrilled with new discoveries but also in how we discover things and how new knowledge either fits into what we know or forces us to adjust what we know.

“We can have an exciting future exploring the solar system and universe, and one of my favorite quotes captures this: ‘The human adventure is just beginning.’”