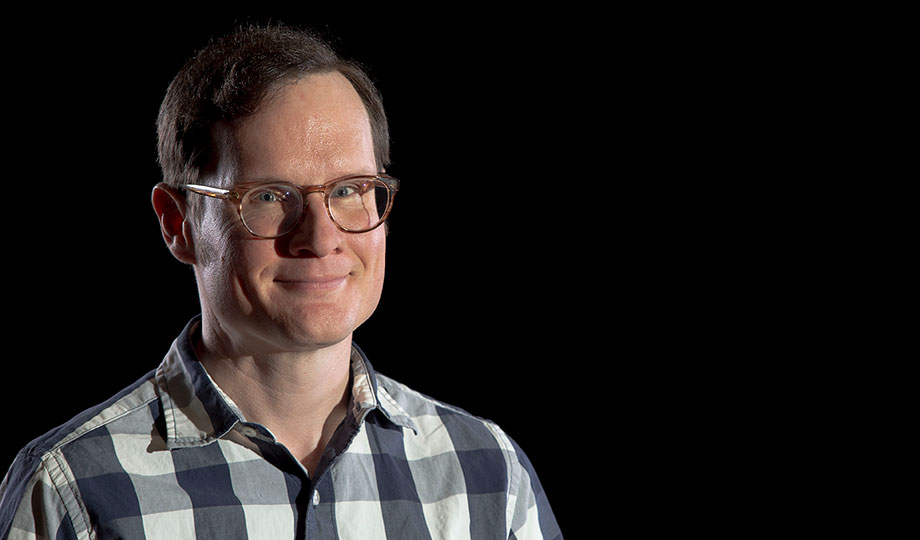 Jude Geiger's first speech grade was the worst he received in junior high.

"We had to present process speeches, and I gave my process speech on how to program a computer using the BASIC language," he said. "I earned a D+ on my speech but learned something about audience adaptation. My teacher, who was less than a year away from retirement, didn't know how to use a computer and couldn't understand my speech. As a student who normally earned straight A's, this initial defeat made me want to work harder."

Thankfully, later speeches were more successful. But it was the theater that led Geiger to pursue speech beyond the classroom.

"A student in the tech crew for a high school production became ill and I took his place at the last minute," he said. "I had such a fun time that I wanted to become more involved with speech and drama, and, as there weren't any plays coming up, I joined the speech team. I stuck with the speech team throughout college at Illinois State University and later coached there."

Before becoming a teacher, Geiger attended Yale Law School and earned his Juris Doctor. As a summer associate at Jenner and Block, he helped conduct research that was used to argue for the abolition of the death penalty in Illinois. He also worked at the Connecticut Women's Education and Legal Foundation, where he was part of the team that successfully lobbied in the state for the legalization of civil unions, which later led to gay marriage.

Teaching came from his desire to do good for others and to escape the negative aspect of being a lawyer.

"One of the main drawbacks of being an attorney is that you spend much of your professional career dealing with unhappy people who have had unpleasant things happen to them," he said. "As an attorney, your job often is to be mean and aggressive. I like teaching because it allows me to promote good in this world while also being a good person. I'm thankful that treating others with dignity and respect is one part of my job requirements, rather than the opposite!

"I enjoy watching students become more confident and successful public speakers and writers. I also hope that they become better at working interpersonally and in small groups with each other. One comment I have received from students is that my class was one of the only ones where they made friends or talked to other students. Especially on a large campus, I think it's important that students build and develop a social and support network, and I hope that students gain the skills to do so through my classes."

In return, Geiger is inspired by his students and especially the hardships they have overcome.

"It is especially rewarding to see students who are not native speakers of English excel in my class," he said. "Likewise, some students have great anxiety or fear of public speaking at the start of my class, and it is rewarding to watch them overcome their fears and become more confident. It is also inspiring to learn how much students have done just to attend COD, from working multiple jobs while taking classes to, in some instances, fleeing civil wars and immigrating to a new nation."