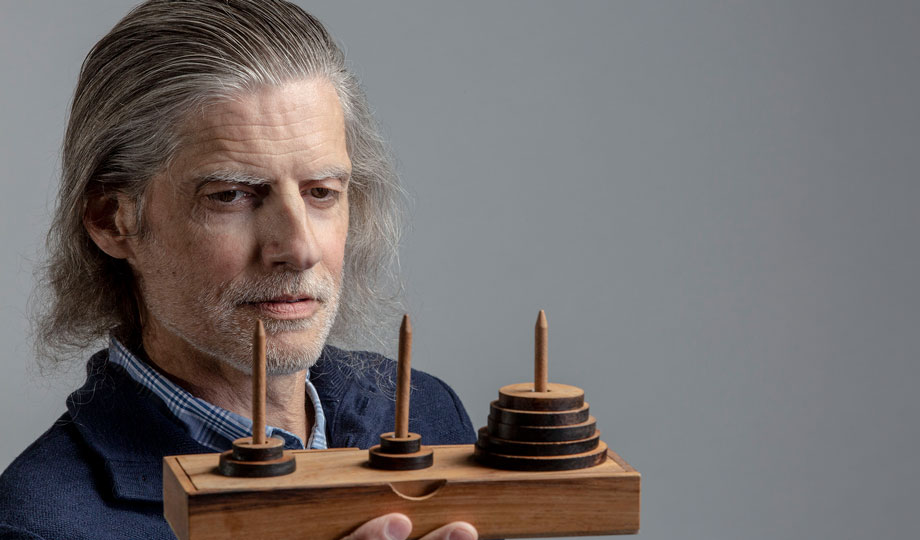 Ken Gray, Ph.D., described himself as “completely directionless” when he started college in the early 1980s. Although originally deciding to pursue engineering at the University of Illinois at Urbana-Champaign, Gray wasn’t interested in it.

“I really disliked school as a student. I took only one class that I liked and it was psychology,” he said. “It was the one subject where I could see how it related to my life.”

Gray initially thought about becoming a therapist but was more interested in how people think and reason. So he took classes and pursued research in cognitive psychology. After completing both his master’s and doctorate degrees, he landed what should have been his dream job – as part of the marketing faculty at Northwestern University, where he conducted research and did some teaching.

“It’s an oversimplification to say that I hated almost everything about the position,” he said. “I decided to take apart my day to determine what I enjoyed, and I realized that I liked being with students and I really liked being a teacher.”

Although he left Northwestern and worked in advertising research, Gray saw an open position teaching Psychology at College of DuPage in 1997, applied and was offered the job.

“I was 33 and thought I had wasted my education. I was in a nightmare position and had never enjoyed my career,” he said. “But then I came here and it was everything I hoped for.”

Gray was named the College-Wide Outstanding Faculty Member for 2012-2013. In addition to teaching, he has served on more than 30 committees during his time at the College, most recently Academic Integrity, Project Hire-Ed Steering Committee and Open Educational Resources (OER) Steering Committee. He has authored a General Psychology textbook, which he and fellow Psychology faculty members Elizabeth Arnott-Hill and Or’Shaundra Benson have turned into an OER for a fall 2020 release. He also is co-advisor for COD’s chapter of Psi Beta, the National Honor Society in Psychology.

Gray is an avid runner, having competed in numerous races and triathlons around the country. He was co-chair of COD’s successful Laps With the Chaps 5K and helped organize the National Alliance on Mental Illness (NAMI) Giant Steps Walk for Mental Health. He currently is an obstacle course racer and finished seventh in the North American Obstacle Course Racing Championship (55 to 59 age group) in fall 2019 and qualified for the World Championship in 2020, which unfortunately was canceled because of COVID-19.

But it’s working with students where Gray feels most comfortable. He likes exposing them to research, a process where they can create knowledge. He also wants them to understand how they relate to the material, much like he discovered when taking psychology for the first time in college.

“I like connecting with students, especially when I say something and immediately see it resonate with them,” he said.