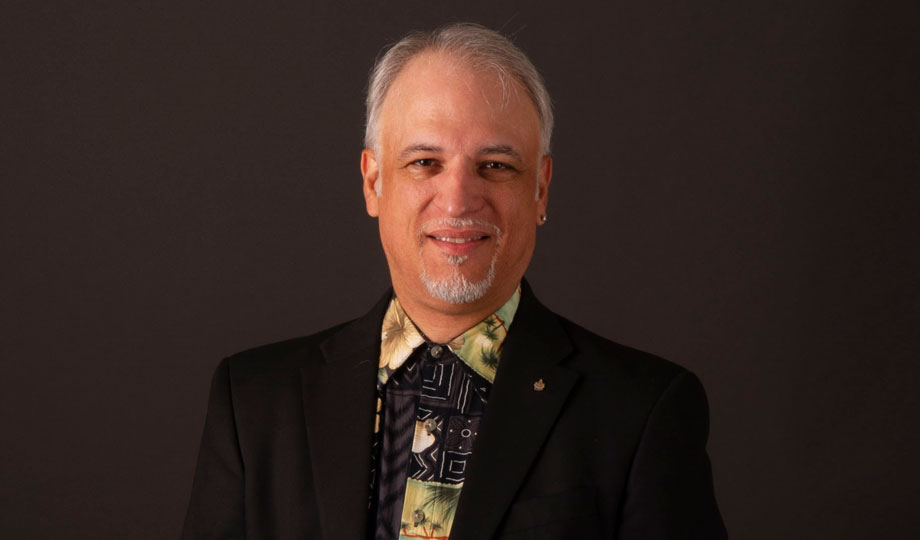 Mike Losacco had one of those really terrible work days -- and decided it was time for a change.

"Even though I really did like my job (as director of Mobile Computing at Lattice, Inc.), I was tired, angry and frustrated," he said. "I was teaching part time at COD and had a class that night. I can remember thinking as I was walking down the hall to the classroom that teaching that class was the last thing I wanted to be doing. But by the time the class was over, my attitude completely changed: I was energetic, positive, and felt really good about how the students did that evening and the contributions I made to that end."

After 15 years working in the field, Losacco became a full-time teacher and has never looked back. Although, oddly enough, it was his first stint as a teacher that introduced him to computers.

"My first teaching job out of college was at DeLaSalle Institute in Chicago teaching U.S. History," he said. "While I was there, the faculty received an opportunity to buy a TI 99/4a for $50 (originally $525). So I picked one up and taught myself how to program it."

Losacco went from DeLaSalle to becoming a managing instructor for Tandy, teaching computer classes. Then he became a PC Manager for Fox Associates, a publisher's representative firm, where he evaluated, purchased and implemented systems for six offices. After Fox, Losacco went to work for GRiD Systems, a manufacturer of rugged notebook computers, as a systems engineer.

But teaching was never out of his life, as he taught computer classes part-time at a number of institutions, including COD. In fact, he returned to COD as a student at one point, having decided to switch careers.

"Professor Michael Bachman suggested teaching as a profession after taking the time to speak with me to find out more about me (likes, dislikes, hobbies, etc.)," Losacco explained.

Now that he's in charge in the classroom, Losacco is specific about what he hopes students learn.

"When I teach web design and development, which is my expertise, I want to help equip students with the knowledge they need to build the best web sites on the Internet," Losacco said. "I attempt to accomplish this by stressing the facilitating of communication between the visitor and content through a design foundation of usability and critical deconstruction.

"For the introductory courses, there are three things. First, a solid understanding of how computers are used in the business world and how they can use them to become successful regardless of what their major is or where life takes them -- because pretty much no matter what you do today, a computer is involved," he said. "Second, to become acclimated enough with computers to enjoy some of the more entertaining and social aspects of their use.

"Last, and perhaps most important, college should be a place to foster and encourage one to develop their personal philosophy, appreciate different perspectives and think more critically."