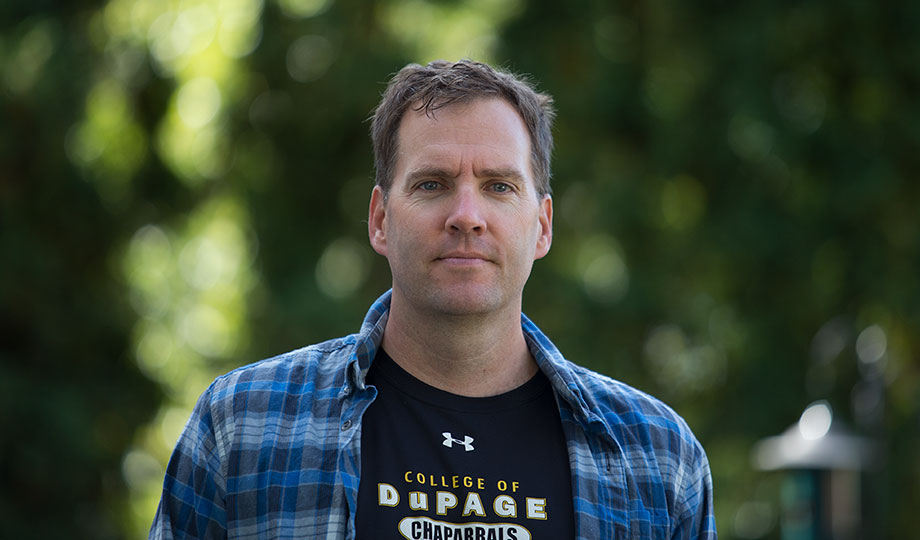 "It can be used in so many ways and for so many purposes, some good, some bad, some comic, and some serious," he said. "I love how bizarre language can be and how beautiful it can be as well."

Snart, professor of English at College of DuPage, also looks for new ways to explore language with his students. He saw the potential in the three-dimensional online technology Second Life for visually immersing students in William Wordsworth's "Tintern Abbey," set near the now 900-year-old Welsh abbey's remains.

"I wanted more than just a classroom space in Second Life," Snart said. " 'Tintern Abbey' is all about the space where it occurs and Wordsworth reflecting on that location. Second Life seemed an ideal place to bring the poem to life."

Snart worked with Denise Cote in the COD Library to recreate Tintern Abbey within Second Life. He also is the author of two books: "The Torn Book: UnReading William Blake's Marginalia," published in 2006 by Susquehanna University Press, and the forthcoming "Hybrid Learning: The Perils and Promise of Blending Face-to-Face and Online Instruction in Higher Education" (published by Praeger), which explores the concept of "hybrid learning" where both traditional and virtual classroom experiences are combined.

He may be using the latest technology to reach his students, but his focus remains on language, whether it's reading or writing, both of which he loves. Before coming to COD, Snart earned his Ph.D. in English at the University of Florida.

Inspired by the diversity of language, Snart always feels challenged to communicate its power to students.

"I love discussing books and ideas with people, which is, to me, the most enjoyable part of being a teacher," he explained. "I want my students to develop an interest in the texts and ideas we talk about, but also gain an appreciation for how language itself is, or can be, so powerful."