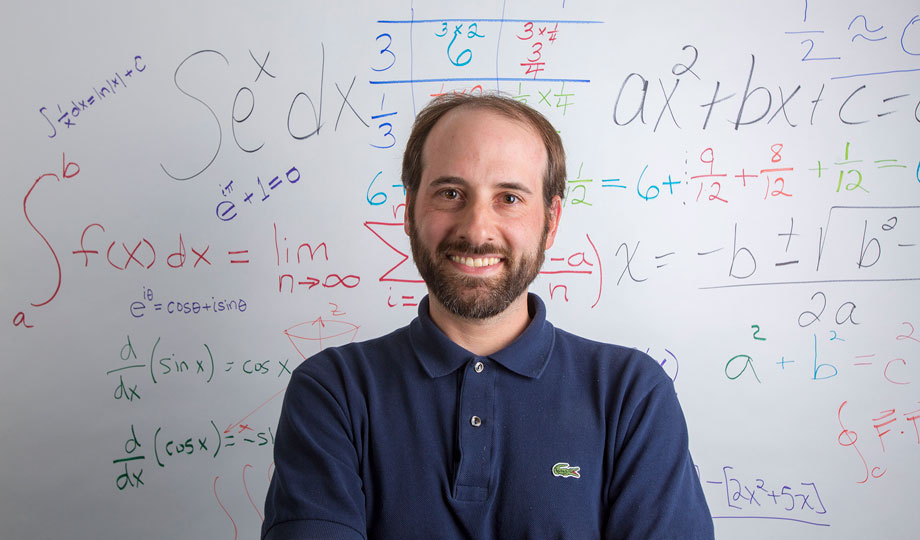 Matthew Wechter always had an interest in math.

“I liked the little tricks to help remember my multiplication tables and the ones that let you know if one number divides another,” he said. “Later when I learned why some of those tricks worked, it was more fulfilling. Coincidences in math often turn out to have a deeper meaning, which keeps me studying.”

Wechter earned his bachelor’s degree from Amherst College and both a master’s degree and Ph.D. from the University of Illinois at Chicago. He “fell into” teaching during graduate school and has continued with it ever since.

“Maybe I just like hearing somebody talk about math, even if that somebody is myself!” he said.

Before coming to College of DuPage, Wechter taught math at Oxford College of Emory University in Covington, Ga. He hopes students understand why the math works instead of just how to do calculations.

“If all I teach them is how to compute something, then they are no better than the computer in their pocket,” he said. “The only thing that elevates them above their smart phone is an understanding of why the calculations work.”

He finds inspiration in anyone who fails at something first before succeeding.

“I am so appreciative of students who might not pass their math class the first time, but then redouble their efforts and succeed on the second try. It shows real growth, which may be more important than the mathematical skills themselves.”