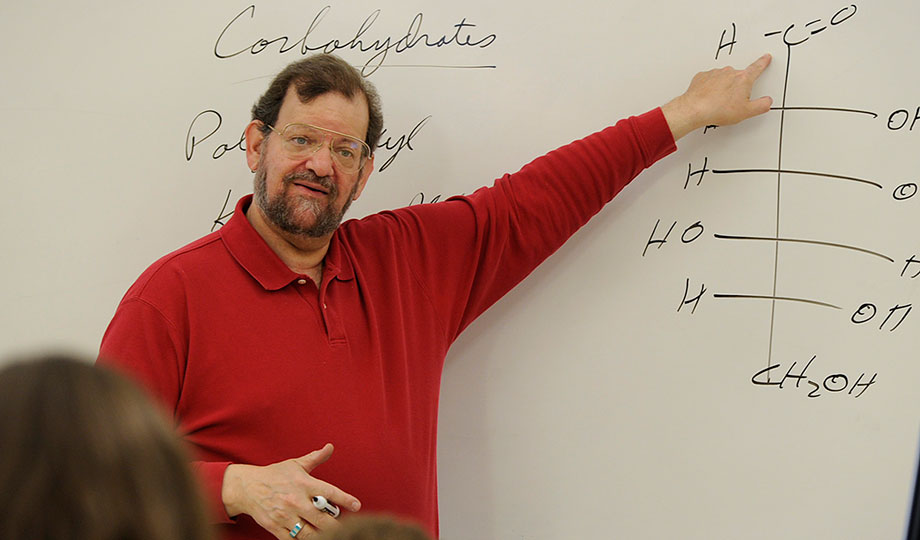 Ken white spent much of his career working in chemical research at various laboratories in the Chicago area as a senior research and development manager.

During this time, he also developed 10 U.S. patents.

"My first patent was with a company that had been trying to solve a specific problem off and on for 30 years. I started working on it, and a few weeks later I figured out how to solve it," White said. "Part of my success within chemical industries is that I know how to solve difficult problems, and I can develop profitable solutions to those problems."

White first became interested in science as a boy. His father was a pharmacist, and he would read some of his father's chemistry books. In fact, he had his first chemical reaction demonstration from his father, who used baking powder and vinegar to launch small rocket-like objects. White also enjoyed science-related TV shows, including the adventures of Flash Gordon and Dr. Zarkov, Commando Cody, and Jet Jackson.

White earned his bachelor's degree in Chemistry from the Illinois Institute of Technology in 1972 and a Ph.D. in 1977 from Michigan State University, with post-doctoral work completed at the University of Illinois at Chicago.

While in graduate school, White had his first encounter with teaching. The Chemistry department presented a three-day training program that taught all of the incoming graduate students in the department how to teach.

"The training program was awful," White said. "A group of us spoke to the department chairman about it. He later gathered us together and asked if we would help develop a new teaching program. We agreed and then spent every Thursday one summer working with a renowned institute and world authority on teaching. A lot of what I learned there I've incorporated into what I do now."

"I expect a lot out of my students, and I don't think my tests are easy. But one thing I tell my students is that they are my customers, and I will help them get the best grade they are willing to work for. At the end of the day, they have to put in the time, but I'm always there to help them."