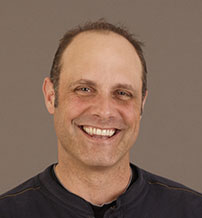 Chris Miller, associate professor of Speech at College of DuPage, has been named the Overall Outstanding Faculty Member for 2014-2015.

Representing the Liberal Arts Division, Miller will receive a $1,000 award from the College of DuPage Foundation, which annually recognizes outstanding teaching achievement.

The Lombard resident first took an interest in speech in high school, but he also wanted to pursue football. A significant skiing injury ended his athletic dreams, so Miller enrolled at Solano Community College in California. He began auditioning for college theater shows and met his future wife, Johanna. But he wasn’t convinced that theater was the right career for him.

When taking a speech class at Solano, however, Miller quickly was recruited by his teacher, Janene Whitesell, to join the forensics team. He then traveled with the team to participate in the national Phi Rho Pi national speech tournament in San Francisco, where he earned a gold medal and was impressed by the excellence of one particular Illinois school.

“That’s where I learned about COD,” he said. “I didn’t even know the school’s name was College of DuPage. I just knew it as COD and how good it was.”

When Miller decided to pursue a career teaching speech, he turned to the director of Solano’s team, Dr. Gary Dreibelbis, and asked for advice. Dreibelbis told Miller to attend a school in Illinois, a state with some of the best collegiate speech programs in the nation, and suggested either Bradley University or Northern Illinois University.

“Dr. D. and Janene flew our team out to the Rock Valley tournament, which gave me a chance to visit these two campuses and make a decision,” Miller said. “At the tournament I was introduced to my mentor, Judy Santacaterina, the director of Individual Events at NIU. After meeting this wonderful woman and her team, I was sold.”

Miller earned both his bachelor’s and master’s degrees at NIU. He then worked at Kishwaukee Community College as a full-time Speech faculty member and director of Forensics. But he never forgot about College of DuPage. When full-time positions opened at both COD and the College of Lake County in 2002, he applied for both, knowing there was only one he really wanted.

“Working at COD had always been my dream job,” he said. “When I received the offer, I remember how excited I was when I called my wife and told her I was going to College of DuPage. When I was a kid, we never lived in the same place for more than two or three years. Once I was hired at COD, I told Johanna that I was never going to move again.”

Miller taught speech and coached the Forensics team for years with a romanticized version of the school. He saw COD as a big-time powerhouse institution that set itself apart from others.

But two years ago, he found himself in a battle with alcoholism. The struggle has given the now-sober Miller a different perspective on College of DuPage.

“I look at COD as my second home,” he said. “I still feel the pressure to do my best, and I know that I will always have the support from the employees at the College. They rallied around me and always made me feel welcome. I can’t imagine being anywhere else. And I love our students and everything about them – the different ages, genders, religions, sexual orientations and political affiliations. Being named outstanding faculty is an honor that I’m not sure I would have appreciated several years ago. Today it means so much.”