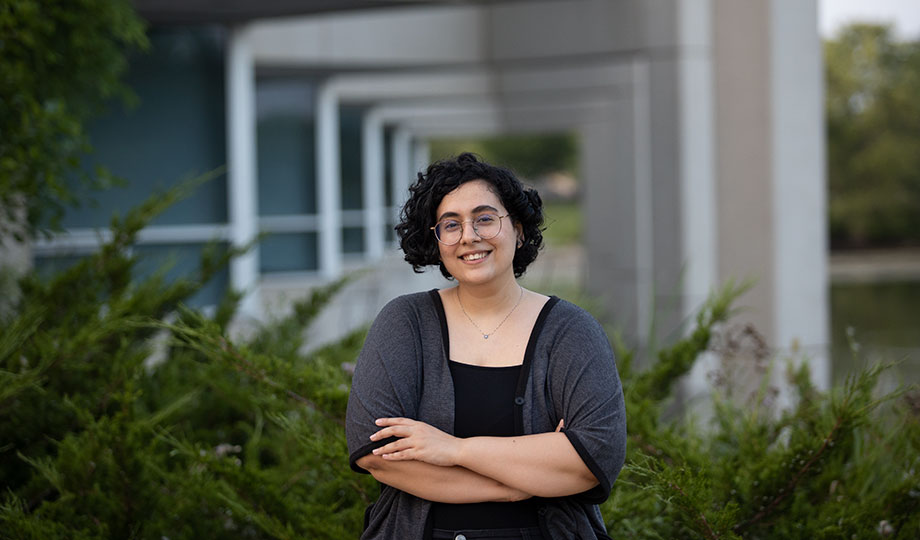 Manica Basili initially was unsure of what path to take when she began attending COD. During her first semester, she enrolled in science and art classes.

“I became interested in architecture because it seemed like a major that valued art and creativity as well as math and physics,” she said. “COD made it easy to decide what field to go into, and my second year at COD was when I took my first architecture studio class.”

In Professor of Architecture Mark Pearson’s studio design course, Basili began working on a project that would earn her second place in a national competition sponsored by the Coalition of Community College Architecture Programs (CCCAP). Pearson gave all of his students an opportunity to enter the contest by asking them to create a community resource center, which the CCCAP selected as that year’s competition project.

“My classmates and I each designed a center over the span of 10 weeks,” Basili said. “By the end of the semester, we presented our work to a panel of reviewers who were COD alumni, professors from other schools and professional architects. They then voted for the projects that would be entered. A total of six students were chosen to compete, and I was one of them.

“My second-place finish in this competition was very exciting because it gave me confidence in my work and my designs.”

Having earned her Associate in Applied Science degree in Pre-Architecture Technology, Basili is transferring to the Illinois Institute of Technology. She then plans to work as an architect in Chicago, where she hopes to contribute to the city’s distinctive architecture.

Her advice to students who want to study architecture is to not give up or get discouraged.

“The design process takes time, and the professors are there to push you to do your best,” she said. “My architecture professors at COD gave me great love and appreciation for architecture. I am confident in the education I received at COD and that it will help me after I transfer.”

Learn more about the Architecture program at College of DuPage