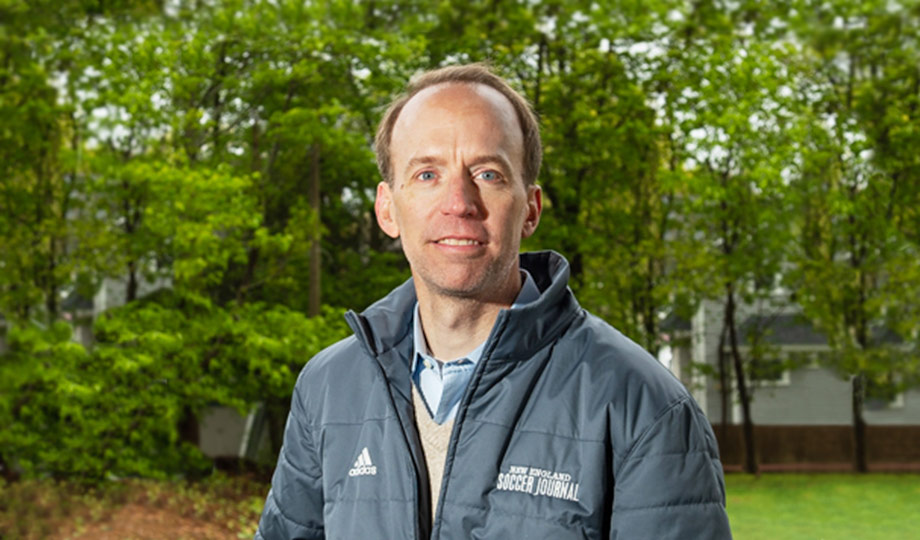 “He was a high school English teacher and the newspaper adviser, so I sometimes would tag along at newspaper meetings,” he said. “He also was a devoted reader of several daily newspapers, primarily the Chicago Sun-Times. There’s a photo of me at age 6, playing ‘newspaper,’ wearing a fedora and sitting at a typewriter with a notebook.”

Beato’s interest took off as a sophomore in high school, when he joined the school newspaper and then got a part-time afterschool job in the sports department at the former Daily Journal in Wheaton. When it came time for college, he wanted to attend the University of Missouri School of Journalism but was concerned about costs.

College of DuPage was a logical choice, allowing Beato to live at home, save money and continue working at a daily newspaper, as well as meet many academic requirements before transferring.

“I worked directly with Mizzou’s J-School, so after two years I was able to transfer on schedule as a full-fledged junior,” he said. “And I graduated from Mizzou in two years with my Bachelor of Journalism degree.”

Beato’s career took him to newspapers in Spokane, Wash., and Yuma, Ariz., and then back to Chicago, where he worked at the Aurora Beacon-News and then the Chicago Sun-Times, which was a dream come true. In 2000, he moved to Boston to work at the Boston Herald. He currently is the managing editor for Seamans Media, Inc., a small sports media company for which he oversees six regional sports publications.

“I’ve reached many of my career goals, including writing and editing at major metropolitan newspapers,” he said. “We’re doing good work now in our niche, so I’m eager to see where that goes. Beyond that, I would like to write a book someday.”

Beato knows he couldn’t have accomplished his goals as easily without COD.

“The professors and teachers I had were absolutely tremendous. They were some of the best, most dedicated instructors I’ve ever experienced — from high school to university,” he said. “Not only was I able to meet academic requirements, but I also learned A LOT. There was an American history professor, Ralph Martin, who was maybe the best teacher I ever had. I learned so much and better understood American history in his class, and it was so much fun. I also had an economics professor who was amazing and helped me understand basic economic principles. There also were psychology, English and math teachers who were terrific.

“COD was hugely beneficial for me. It truly allowed me to get where I wanted to go in my career.”