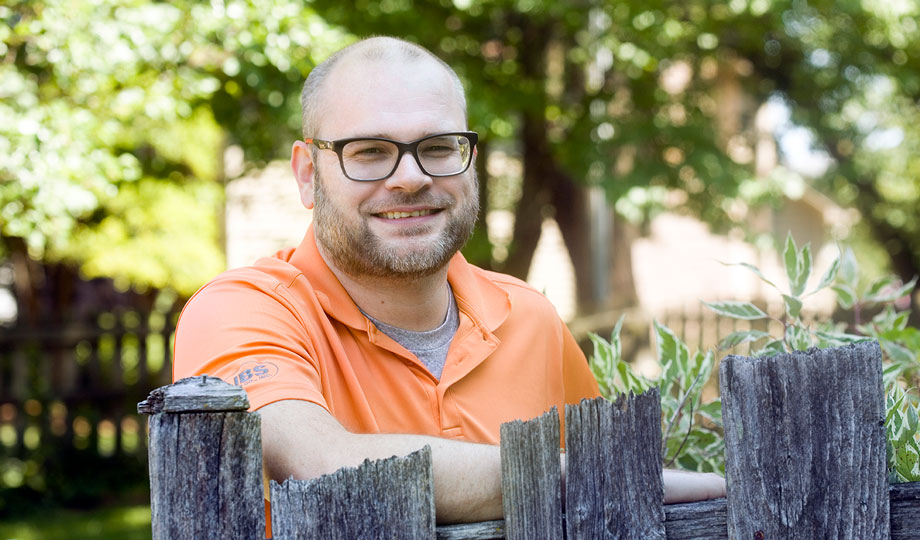 He has returned to COD over the years when work needs or career changes called for a reset, earning his project management professional certification along the way.

Birkland is now a published author. His most recent book, “A Brave Young Titan” (2020), is the third entry in his “Tau Effect” dystopian fiction series. The new novel follows his previous books “As Oceans Fall” (2016) and “The Mantle Stirs” (2018).

“At its heart, the story is about a boy growing up, trying to piece together mysterious messages from his father, who disappeared on a military mission when he was a baby,” he said.

Birkland found plenty of inspiration and support from COD faculty in multiple disciplines.

“Hats off to the late, great Speech Professor Steve Schroeder,” he said. “Steve taught me patience, audacity and ego-maintenance. Kay Allard has always nudged my writing along since we met for English 1101 in 2005. Tim Clifford taught a humanities class I'll never forget and there's a chapter in my new book that describes the Vermont State House in terms he might appreciate. Christopher Stoughton's astronomy course was a huge help as I grappled with some of the scientific concepts in the book. That was the only class I took for the specific purpose of writing, but Dr. Stoughton was such an interesting and effective character that I learned much more than I hoped for.”

Birkland, who works as an operations executive in an enterprise software company, never set out to be a writer. He was inspired to become one by the birth of his daughter and his experiences as a father.

“From the start, the protagonist was and is my tribute to my daughter's heart donor,” he said. “She was born with a rare heart defect and we count ourselves lucky that she received the gift of life from an infant stranger over eight years ago. Going through something like that causes you to contemplate the meaning of life. Some people cope by volunteering, some become nurses, some write memoirs or blogs about their experiences. Always the rogue, I decided to turn my thoughts into dystopian fiction. The questions covered in the epic adventure series are deep, and they are rooted in the interconnectivity that we humans all share.”

He added that COD’s adjunct faculty is one of the best things about the College.

“Since I've worked full time straight out of high school, I've leaned on night classes a lot,” he said. “The adjunct faculty members are just like me, often coming from their day jobs over to COD to teach classes. Knowing they're juggling schedules, trying to expand their own knowledge and really giving back to their community, I have a huge amount of respect and admiration for these folks. Some of them are writing books, some are concert pianists and some are pursuing higher education, but they teach because they love it and because teaching helps them learn. I love that.”

More about the Speech Communication program