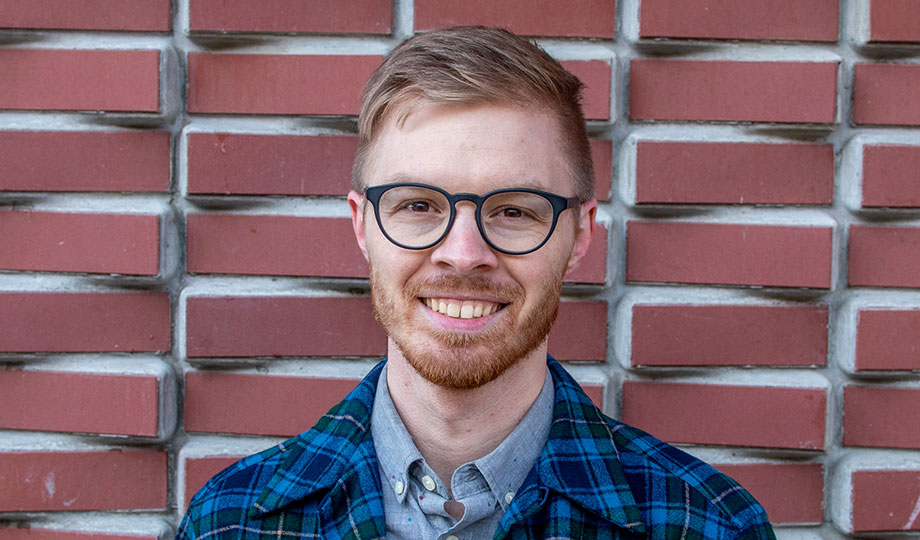 After graduating from Lyons Township High School, Matthew Brousil chose College of DuPage when he received a scholarship to the Glen Ellyn institution.

Little did he know the lasting impact that COD would have on his life when he initially arrived on campus.

“During my first year, I was just feeling my way around and getting a handle on the atmosphere,” he said. “But I knew how important it was to get involved with other students and learn from their perspectives.”

Brousil became a member of the Honors Program, Living Leadership Program, the Student Leadership Council and the Endowment for Future Generations. His participation in the Study Abroad program in Costa Rica would impact his future career choice, while he was equally impressed with the knowledge and support of his instructors, including Casey Slott, associate professor of Speech; Richard Jarman, professor of Chemistry; and Michelle Moore, professor of English.

It was Moore who told him about Evergreen State College in the state of Washington.

“She thought it was the perfect fit for me, so I visited and fell in love with it,” he said. “She was the one who ultimately gave me the idea to explore environmental studies.”

When Brousil earned both Associate in Arts and Associate in Science degrees, he was named one of COD’s two Outstanding Graduates. At Evergreen, Brousil focused his studies on Agroecology and sustainable agriculture. He worked as a farm assistant intern with a local organization in Olympia called Garden-Raised Bounty (“GRuB”), using this internship for academic credit.

“I consider myself lucky for finding classes that offered almost entirely field-based work and set students up for faculty-supported independent research options,” he said. “I was able to take part in a backpacking trip and field ecology course in Patagonian, Chile, through the Wildlands Studies consortium program. The trip was a great follow-up to the Costa Rica Study Abroad at COD and served as an interesting comparison between environments and lifestyles in Central and South America.

“With some guidance from Anthropology Instructor Dale Simpson at COD, I also spent a week backpacking and touring Easter Island at the end of my Chile trip. I’ve kept in touch with him since I took his People and Cultures of the Pacific class, and he was helpful in my selection of a graduate school.”

Brousil also began working as an associate editor for the Journal of Young Investigators, an online undergraduate research journal. He later became a research editor and managing editor.

After graduating with a dual BA/BS degree focusing on Ecology and Sustainable Agriculture, Brousil first worked as an Agricultural Technologist in the WSDA Entomology Lab in Olympia, Wash. He then took a funded research position for a Master in Forest Science at California Polytechnic State University in San Luis Obispo, where he researched the response of coastal redwood forests to environmental disturbance and climate change throughout California. Due to the 70,000-plus acre Soberanes Fire in Big Sur, his fieldwork was cut early and he worked on his thesis, which he successfully defended and earned his degree.

Brousil moved back to Washington and worked at Washington State University (WSU) in Crowder Lab as a lab technician. After a stint at the Center for Environmental Research, Education and Outreach (CEREO), he is now back working for Dave Crowder again at WSU’s Decision Aid System, which translates research into useful web tools for farmers and other stakeholders in the Pacific Northwest.

“It has been a really interesting way to return to the ecological topics that I worked on a few years ago through data analysis work,” he said. “It’s a great synthesis of research, data science and the type of outreach I’ve enjoyed doing since I finished school.”

To help with a project at CEREO, Brousil returned to COD and took an online course in Structured Query Language (SQL) with Professor Eugene Ye.

“The course was incredibly flexible and gave me exactly the introduction I needed,” he said. “I was surprised at just how easy it was to register for courses almost 10 years after graduation! I really commend COD on its dedication to making the lives of students easier and for the incredibly helpful resources it has for people like me who are looking to pick up more skills during their career. I’ve now benefitted from COD both in preparation for a four-year degree and to supplement with additional learning after I graduated.”

Brousil also returned to the Journal of Young Investigators and joined its Board of Directors, which mentors and guides the undergraduates who run the journal. In addition, he joined the Board of Directors of the Northwest Scientific Association, which publishes a scientific journal and hosts an annual meeting to support a variety of scientific fields.

Eventually, Brousil would like to pursue a Ph.D. and go into research and then teaching, where he can pass along what he experienced at COD.

“I honestly had no idea how great a resource College of DuPage was going to be for me, and I know that I would have ended up following a completely different and less planned path if it wasn’t for people like Dale who were available to me through the school,” he said. “As I get further into research methods like using statistics or working in a lab environment, I am realizing how well the Honors Program at COD prepared me. When I was starting my undergraduate degree at Evergreen, I had a strong background in math and lab work from my coursework at COD, so I felt comfortable learning statistical techniques and working in our chemistry labs. I owe a lot of my current success to my time at COD.”

Learn more about Transfer programs at College of DuPage