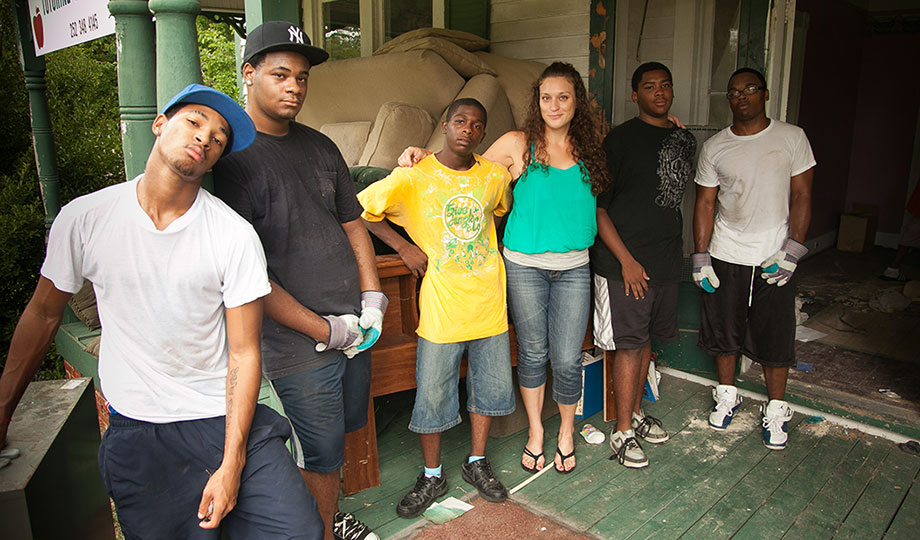 Margaret Byrne took an interest in photography as a child when she was fascinated by her family’s home videos.

At age 10, she received her first point-and-shoot camera, and three years later, her grandfather built a darkroom in the basement of her parents’ home. Byrne later studied photography at College of DuPage.

“I always knew this is what I wanted to do,” she said. “I learned so much when I was at COD. The resources are incredible.”

After earning a bachelor’s degree in film from the University of Illinois at Chicago, Byrne embarked on a career in music, television and film that has spanned the globe. She started her own production company, which required her to learn the business of film. Her biggest client for a decade was recording artist Mary J. Blige, and she was creative director and content producer for Blige’s record label, Matriarch.

“My first job in New York was shooting a behind-the-scenes documentary of Mary and P. Diddy’s reunion album, ‘Love & Life,’” she said. “I was a female filmmaker, which is rare, and we connected with each other.”

Byrne also traveled across Africa in 2005 to help launch MTV on that continent. She then settled in Lagos, Nigeria, and produced music videos. While there, she also married and had a child.

At the 2013 Sundance Film Festival, Byrne was honored as part of the filmmaking team on the documentary “American Promise,” which received the Special Jury Award for Achievement in Filmmaking. She spent more than eight years as a director of photography on the documentary, which centers on filmmakers Joe Brewster and Michèle Stephenson, who enrolled their 5-year-old son Idris in the Dalton School on the Upper East Side of Manhattan in 1999. Idris, his best friend and classmate Seun, and their families are chronicled from the first day of kindergarten through high school graduation as they deal with issues of identity, class and education.

“The film follows two African American boys from middle-class Brooklyn as they attend a highly competitive school on the wealthy Upper East Side at a time when private schools were diversifying their student bodies,” said Byrne, who started working on the movie when the boys were in third grade. “It received acclaim at Sundance for following the same subjects for 14 years, which is rare in a single film.”

Her next documentary project, “Raising Bertie,” is set in Bertie County, a predominantly African American rural community in the eastern part of North Carolina. The film initially began in 2009 as a look at The Hive, an alternative school for at-risk boys.

“I was initially commissioned to produce a short film about the school,” she said. “Three months into filming, the local Board of Education shut down the school due to budget cuts, and the project turned into something far more complex.”

Byrne focused on three of the boys – Reginald “Junior” Askew, David “Bud” Perry and Davonte “Dada” Harrell – and followed them for six years as they returned to Bertie High School and grew into adults. They faced grief, violence, first love, fatherhood, unemployment and estrangement from family members and mentors.

“You see what happens when their support system is taken away. People didn’t expect a lot from these boys and others like them, and I wanted audiences to understand their value,” she said.

Byrne received a $120,000 grant for the project through the prestigious John D. and Catherine T. MacArthur Foundation, which supports independently produced film and video. She also received one of the first filmmaking grants from the Southern Documentary Fund.

In the fall of 2015, “Raising Bertie” kicked off the fourth season of Fresh Docs, the Southern Documentary Fund’s monthly work-in-progress series, with a free screening in Durham, N.C., followed by a feedback session. Current and former residents of Bertie County were in the audience, and the response was overwhelmingly positive.

“People said the film reflected their community. They want people to understand that there’s little to no opportunity there,” she said. “The film is not a problem solver, but I hope it engages people in a larger conversation about the issues presented.”

The film had its world premiere at the Full Frame Documentary Film Festival in Raleigh-Durham, N.C., and was released by Chicago’s award-winning collective Kartemquin Films as part of its 50thanniversary year.

Byrne has finished work on “Any Given Day,” a feature documentary following three people in a mental health court program and the years that follow.

In addition to her feature film work, Byrne is also an adjunct faculty member at COD, where she teaches “Editing for Motion Pictures and Television.”

“Film is so challenging. There’s a responsibility that comes with being a producer and telling the story,” she said. “But I think I’m really good at filmmaking. I know how to get into a story and understand people on an emotional level.

“There’s a lot of opportunity in Chicago. And while teaching was not in my plans, it’s been great to be doing so at COD. I love sharing my experiences with my students and ultimately hope that I can inspire them to never give up in their pursuits to become the next generation of filmmakers.”

Pictured above: Margaret Byrne with the young men in her film 'Raising Bertie.'