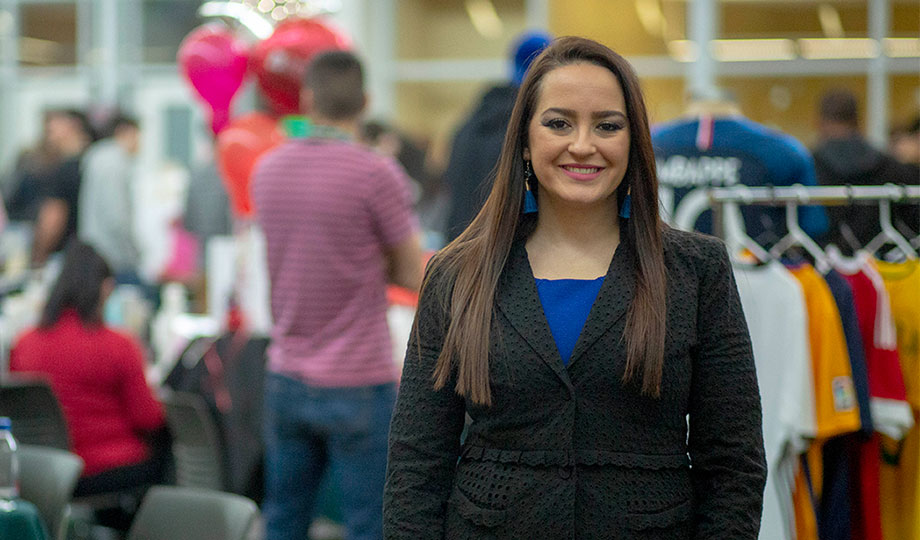 When it came time for college, she turned to College of DuPage.

“I had heard wonderful things about the school and I loved the flexibility of classes,” she said. “The support system with the instructors was incredible.”

Camacho-Ruiz graduated in 2006 with an associate degree in Marketing. Since then, her career has skyrocketed. Her keen sense of service coupled with the vision to bring good to the world have led her to create two successful, award-winning companies; establish two nonprofit organizations; publish 24 books; create more than 10 products; and hold dozens of events around the world in just the past decade.

Her strategies have supported thousands of women, authors and young women to live a life of significance. She has shared her inspiration in four continents and aligned with some of the most powerful brands to elevate others. Being a cancer survivor sparked a sense of urgency to serve and transcend.

Along the way she has earned numerous accolades: the Emerging Leader Award from the Chicago Association of Direct Marketing, both the Entrepreneurial Excellence and Influential Women in Business awards from the Daily Herald Business Ledger, and was a finalist for Latina Entrepreneur of the Year by the Chicago Latino Network. She has served on the board of YWCA, Junior Achievement-Western Region, the Publicity Club of Chicago, and the Aurora Hispanic Heritage Advisory Board.

In 2014, she founded The Fig Factor Foundation to help future Latina leaders ages 15 to 25. So far, the foundation has 57 graduates and has launched an international and Spanish program. She also started Fig Factor Media LLC that houses her speaking and author career as well as other miscellaneous projects related to her books and publishing.

She is the author of “The Little Book of Business Secrets That Work!” “The Fig Factor,” “The Fig Factor Journal” and “200 Consejos Poderos para alcanzar el Exito en los Negocios.” Her most successful book, “Today’s Inspired Latina,” launched in 2015, has led to multiple published volumes. She has presented the book in Chicago, New York City, California and Florida, and more than 75 authors from around the world have contributed to the volumes. She is also a contributing author of “Overcoming Mediocrity” and a superhero character on Round Table Companies’ ambitious “The Crusaders.”

She co-wrote her 10thbook, “Living the Amazing: 7 Simple Truths to Make Your Heart Beep,” and in doing so collaborated for the first time with her husband. She launched her first deck of cards and an app for marketing small businesses. She created LATINATalks to give her 132 authors of “Today’s Inspired Latina” series – with volume 5 released in 2019 – a multimedia opportunity to share their thoughts and ideas.

The City of Aurora proclaims “Young Latina Day” on her birthday for the impact made on young Latinas. On a personal note, she is one of the few Latina sports airplane pilots in the U.S., which led to her book “The Amazing World of Aviation.” She has since launched the brand “Latinas in Aviation” with her book gathering more than 15,000 views, a $5,000 scholarship for a young Latina pilot student, two editions of the Latinas in Aviation Magazine in March and October of 2021, and a global festival at the College of Aviation’s Field of Firsts.

“I believe that taking off is optional, landing on your dreams is mandatory,” she said. “I also believe that magix—yes, a made-up word that means ‘magic times 10’—is the interception of profit and impact.”

Camacho-Ruiz thanks College of DuPage for providing her with a solid business foundation.

“I would highly recommend the Business/Management/Marketing program for its practicality and applicability to the real world,” she said.