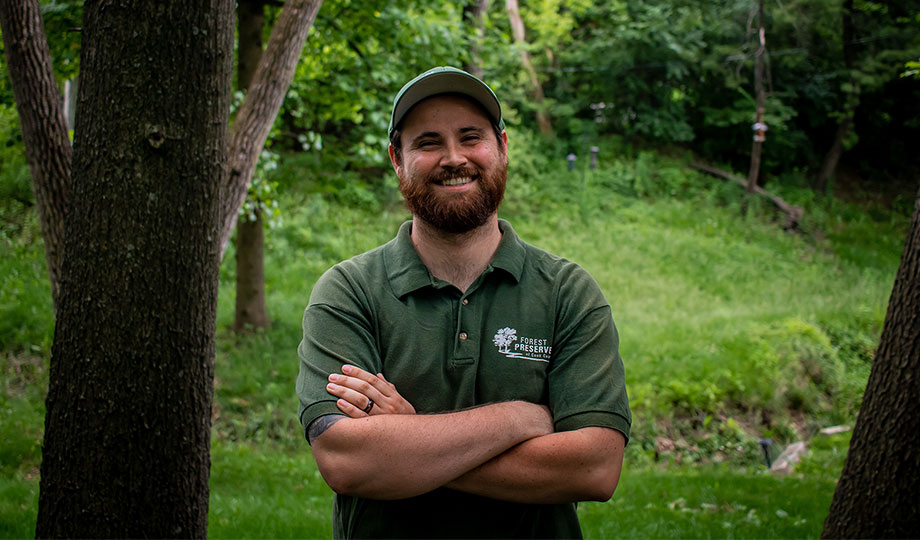 Stephen DeFalco has always been outgoing and never had stage fright.

In school, he was the one who presented group projects and spoke at his middle school graduation. His goal was to pursue a career in veterinary medicine at Purdue University, but the out-of-state tuition was too high.

“I had a lot of friends who were going to school in Chicago and I made the soccer team at College of DuPage,” he said. “So the plan was play soccer, save money and then transfer with my general studies out of the way while still being close to friends.”

During DeFalco’s freshman year, his Speech professor, Chris Miller, recommended he try out for the forensics team.

“I joined forensics late into fall semester when the soccer season died down,” he said. “I fell in love with the program, the people and the challenge it provided so much that I left soccer to invest more time on forensics my sophomore year.”

As he continued at COD, DeFalco developed his passion and learned how to translate it into a career.

“The professors and staff at COD gave me the guidance I would have never received at a larger school, and it was because of them that I’m where I am today in my career,” he said. “Personally, I developed friendships and mentorships that I still have a decade later. Forensics gave me so much that I still go back and volunteer as a coach and judge.”

After earning his Associate in Science degree, he transferred to Northern Illinois University and graduated with a Bachelor of Arts in Communications with an emphasis in rhetoric and public communication. He participated in NIU’s Forensics program, was the president of their Public Relations Student Society of America chapter, interned with the American Red Cross DeKalb County Chapter, and continued to work for the Forest Preserve District of DuPage County, a job he started while at COD.

After feeling like he plateaued there, he returned to the forest preserves, this time for Cook County, and headed up county-wide special events and outdoor recreation programs. In his current role as the director of Sand Ridge Nature Center in South Holland, DeFalco manages his own team, oversees community engagement efforts and all programming, and attends to facility and equipment needs as well as volunteer and partnership development.

While he’s enjoying his job, DeFalco is still figuring out what his career will look like long-term.

“I think where I’m currently at is where I’ll be for a while. But I’ve learned to always keep an open mind and continue to go through life with that serendipitous mindset that got me where I am today,” he said. “Of course, my drive may have other plans in another 10 years, but I’ll re-evaluate as the next opportunity arises.”

As for College of DuPage, DeFalco advises anyone to just do it.

“I walked out of two years at COD and two years at NIU with no student debt and set up for success in my adult life,” he said. “No, it may not be the romanticized ‘freshmen year in the dorms’ the movies portray. But with any school you go to, it’s what you make of it and you can make COD some amazing years you look back on fondly.”

DeFalco also uses a rock climbing analogy that he shares with his youth/seasonal staff who are still determining what their careers will be.

“There are two main points. First, when you are rock climbing there are multiple routes. No matter how much planning you do on the ground before you start, that plan may not work for you once you actually start climbing. Be willing to adapt and change your plan and know the knowledge and skills you’ve gained so far in your climb are not wasted but can be applied to a new route. A news release from the Bureau of Labor Statistics on Aug. 24, 2017, stated that the average person changes jobs an average of 12 times during their career. I think this is important to remember: The current job market is not as linear as past generations. You don’t see as many people who have been with one company for 40-plus years. It’s OK not to know and try some things out. Heck, I’ve gone from staging Bush’s Beans on The Pioneer Woman’s TV set in Texas, to teaching at-risk youth basketball, to training red-tailed hawks and running a nature center.

“Second, rock climbing is a community but a solo activity. Rock climbing is one of those sports/activities that’s known for its amazing community. Don’t let pride get in the way of reaching out for help or guidance when you are in a jam or don’t know what to do next. Another set of eyes on a problem from someone in your support system is always beneficial. That being said, your career is your climb and your climb alone. At the end of the day, do what is best for you, not what someone else wants for you.”

Learn more about the Speech Communication program at College of DuPage