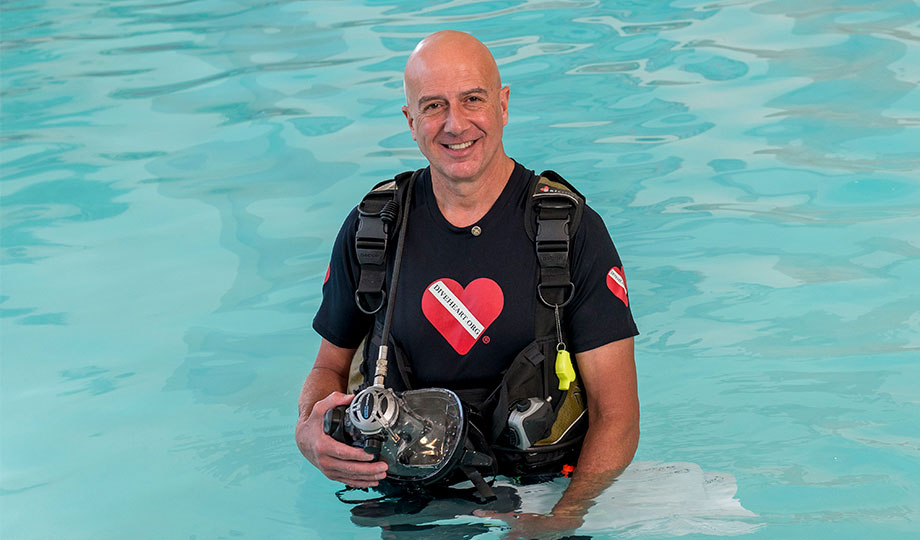 Jim Elliott’s exposure to people with special needs began when he was young. He would escort a friend with cerebral palsy to school to keep other kids from picking on him. Elliott’s father was a disabled veteran, while his Scoutmaster had one arm.

“I grew up with this understanding of people with special needs and disabilities,” he said.

An entrepreneur since he started caddying at Riverside Golf Club at age 12 and a sports enthusiast, Elliott decided to study journalism at College of DuPage.

“I was very independent and wanted to put myself through school while getting the awesome experience that I felt a student run newspaper would provide—and it did,” he said. “I took scuba as another arrow in my quiver as a journalist. Although I had no burning passion to learn to dive, I thought if I ever had to interview someone like Jacques Cousteau, I better know how to dive.

“Al Zamsky taught me, and I had no idea that it would influence my life the way it did. Self-discovery was a huge part of what happened at COD for me.”

After earning his associate degree, Elliott finished a bachelor’s in sports writing from Northern Illinois University and quickly moved from the press box to advertising sales. He remained in the media business for two decades, working as an advertising executive for the Chicago Tribune Media Group, WGN and CLTV.

Then, despite his annual six-figure salary, he quit. Instead of selling space and time, he started a nonprofit organization, the Diveheart Foundation, which has since helped thousands of people with disabilities in Illinois and around the world.

The seed was planted when Elliott’s daughter Erin was born blind. Elliott and his wife initially thought their daughter might be brain damaged. When it turned out to be blindness, they were delighted.

“We can work with that,” said Elliott.

As a mainstreamed student, Erin was teased about her eyes. When Elliott learned about a snow skiing program designed for blind children, he encouraged Erin to enroll. It became a favorite father-daughter activity. It helped build her confidence and self esteem. It helped reduce the teasing.

The impact on Erin also got Elliott thinking: If snow skiing can do this for blind people, what could scuba diving do for people with disabilities? He toyed with the idea for a dozen years.

“I just didn’t know how to make it happen,” said Elliott.

But like a lot of things in his life, Elliott the entrepreneur figured it out. By the year 2000, Elliott’s four children were grown and living on their own. He was divorced. His grandmother needed some help to live independently in her home, so Elliott-the-former-ad-guy became Elliott-the-caregiver. He also started the Diveheart Foundation out of his grandmother’s spare bedroom.

Established in Downers Grove in 2001, this non-profit 501(c)3 organization set out to “build confidence and independence and self-esteem in children, adults (including military veterans) with disabilities through scuba diving.” In other words, Diveheart helps people who have lost limbs; people who suffer from chronic pain; and people with cerebral palsy, traumatic brain injuries, autism and other conditions by getting them into the water and breathing oxygen from tanks on their backs. 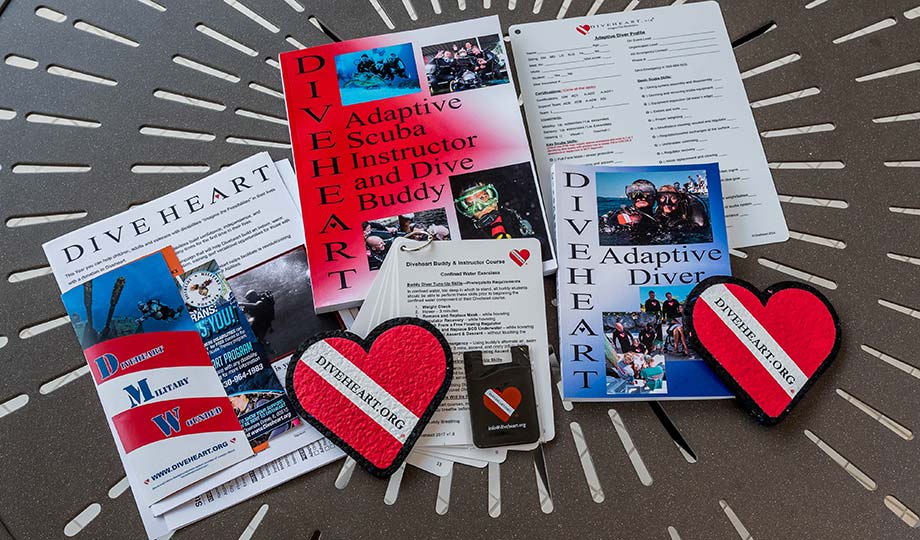 Since its founding, Diveheart has become a world leader in scuba training and experiences for people with “different abilities.” The big benefit, Elliott said, is the absence of gravity.

“There are lots of disability therapy programs,” said Elliott. “But we own zero gravity.”

Through Diveheart, people who can’t stand on their own find themselves vertical underwater. People who can’t move without wheelchairs are self-propelled beneath the surface. Whether in a swimming pool with Diveheart volunteers in Illinois or in the ocean with Diveheart-trained professionals off the coast of Florida or Cozumel, the paradigm shift, said Elliott, is dramatic.

“The benefits to the body, mind and spirit are amazing,” said Elliott. “People move from depression to fireball. They go on to do amazing things in the world. Diving gives them a purpose. They feel valued.”

Elliott said the positive impact is both physical and emotional. In fact, Diveheart has worked with university researchers to prove some of those benefits, including the benefits of breathing oxygen in deep ocean water to help people dealing with chronic pain.

Since it began, Diveheart has evolved into a sophisticated nonprofit. Elliott said the journalism, public relations and marketing skills he honed at COD come in handy every day. And his sales skills help convince donors, sponsors and volunteers to pitch in. Diveheart has been covered over the years by “CNN Heroes with Heart,” “NBC World News Tonight,” “HLN Stories of Courage,” “CNN Money,” Huffington Post, and many Chicago-area media.

After a story about Elliott and Diveheart appeared in Engage, COD’s community magazine, one reader donated a van to Diveheart, an act that truly touched Elliott. In 2019, Diveheart was selected as a 2019 recipient of the Daily Herald Business Ledger’s Award of Business Excellence.

During COVID, five occupational therapy doctoral candidates came to Diveheart to do their residencies.

“It happened out of nowhere,” Elliott said. “Their research and projects have given Diveheart tools that now allow us to offer continuing education credits for occupational therapists, physical therapists and recreational therapists.”

In 2016, Elliott was named one of COD’s Distinguished Alumni.

“College of DuPage gave me the foundation, experience and confidence to continue my future journey to NIU, the Chicago Tribune, WGN Radio, CLTV, and establishing and running Diveheart, which I believe is changing the world,” he said. “I’m always excited about the opportunity to promote COD and a community college path for people of all abilities.”