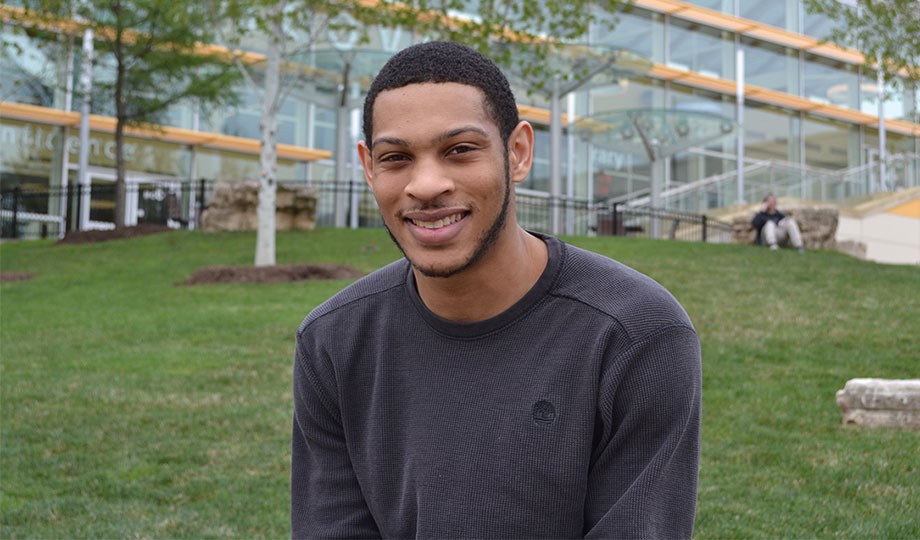 In high school, Samuel Franklin started figuring out how to make himself faster and stronger and jump higher.

“The science behind it was really interesting,” he said. “When I discovered that you could actually study this in college and train athletes with that knowledge, it was a no-brainer to me. I could stay around sports and never be bored with my job and learn about topics that were extremely interesting to me.”

Franklin selected College of DuPage due to a combination of scholarships and grants, which allowed him to attend without worrying about finances.

“No other school was going to offer me that, and COD also gave me the chance to play basketball after high school. Those two factors made the decision pretty easy,” he said. “Once I took a visit and realized it was a really nice school and learned more about the academics, my decision was set.”

Initially, Franklin was named a Presidential Scholar. He later earned two awards from the College of DuPage Foundation: the Naperville Rotary Charities Scholarship and the Tom Galloway Memorial Scholarship. These allowed him to remain relatively debt-free during his first two years of school.

After obtaining his Associate in Science degree, Franklin transferred to Elmhurst University and earned a bachelor’s degree in Exercise Science. He started a basketball training company in 2016 called Sam Franklin Basketball LLC, and so far he has more than 150 clients. He is also a coach at Romeoville High School.

Franklin would like to become a world-renowned basketball trainer and strength and conditioning coach, helping as many athletes as he can achieve their goals and maximize their potential as both athletes and people. He advises any students attending College of DuPage to apply for as many scholarships as possible in order to make college affordable.

“It is very possible to get through two or three years debt-free and not have to take out loans if you put the work in,” he said. “I graduated with much less debt, and even though I still have some, that’s much closer to my goal of zero than I would’ve been if I went to a four-year institution right out of high school. And I was able to get some prerequisites out of the way for my major, which kept me on pace toward my bachelor’s degree.”

Learn more about the Physical Education, Fitness and Sports Studies program at College of DuPage.

Learn more about the Associate in Science degree at College of DuPage.