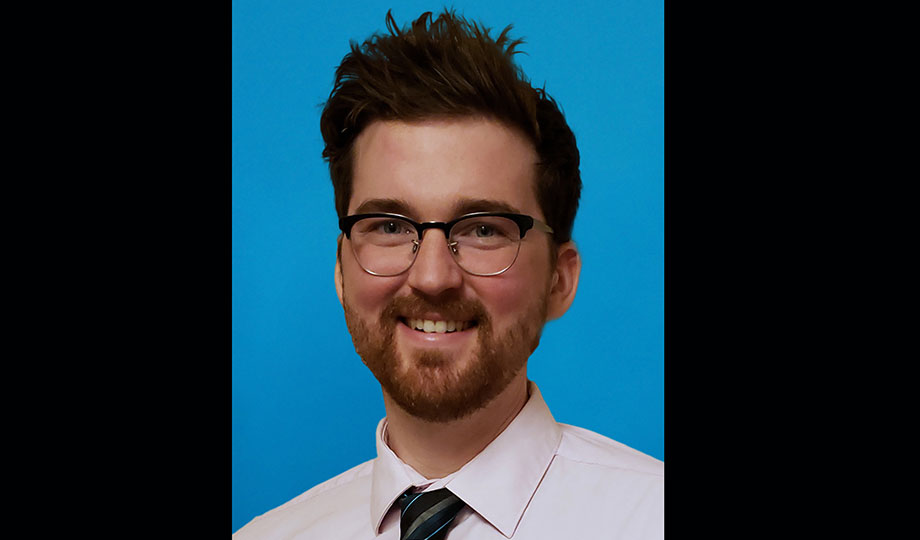 Alec Gierzynski has always been interested in science. When it came time to select classes at College of DuPage, he just picked ones that sounded cool.

“I didn’t know much about geology, and knew almost nothing about oceanography, so I decided to try something new and took both of them in the same semester,” he said. “I found both courses fascinating and challenging, to the point where I decided that I needed a lot more earth science in my life. Near the end of that semester, Professor Diana Strode told me about her hydrology class, and I signed up for it as soon as I could. After those three classes, I knew I wanted to be a hydrogeologist.”

Gierzynski came to College of DuPage because he thought he should get a college degree. However, he didn’t know what to major in and decided to save money by taking a few classes at COD. It worked to his advantage – Gierzynski didn’t feel pressured to commit to a major and had more freedom to select classes that sparked his interest.

Once he found that interest, the Earth Science courses provided a solid foundation for his future.

“Professor Strode and Professor Mark Sutherland taught their classes and labs to encourage independent, scientific thinking, which is something that has been invaluable to me in all of my subsequent science courses,” he said. “On top of that, because I took Hydrology with Professor Strode – a class that is rarely offered at an introductory level – I was well ahead of the curve in several of the geology classes I took at university.”

After earning his Associate in Science degree, Gierzynski transferred to Northern Illinois University and earned a bachelor’s in Environmental Geoscience. During his time at NIU, he gained experience in field work, lab work and research, as well as becoming OSHA certified for hazardous materials.

Gierzynski started his master’s degree in hydrogeology and studied with an NIU professor on a carbon sequestration project funded by the Department of Energy. He then moved to Virginia Tech and earned his master’s in Geology. After working as a hydrogeologist in the Rockford office of Fehr Graham, an engineering and environmental firm, he is now a geologist for Barr Engineering in Minneapolis.

Gierzynski recommends any Earth Science class to students and suggests they have a healthy respect for the subject.

“A common misconception is that Earth Science courses are easier than chemistry or physics,” he said. “Earth science is in some ways even more demanding than other sciences, simply because people tend to know a lot less about it going in. Not only does earth science include elements of chemistry, physics and biology, it also has its distinctive vocabulary, its own lens through which to study the universe. Do not go into earth science expecting an easy A. Go in expecting to work and expecting to learn. Earth science is a subject that encompasses the entire Earth, and everything on it, for 4.6 billion years.

“My advice to students is to take your classes seriously. Just taking college classes is not enough to get you a valuable degree. You have to actually learn the material to be able to use it in real situations. Otherwise, your college degree is just a really expensive piece of paper. Find something you enjoy, or at least something you don’t hate, and work hard to become the best at it. If you’re working toward anything less, chances are you’re in the wrong field.”

Learn more about the Earth Science program at College of DuPage