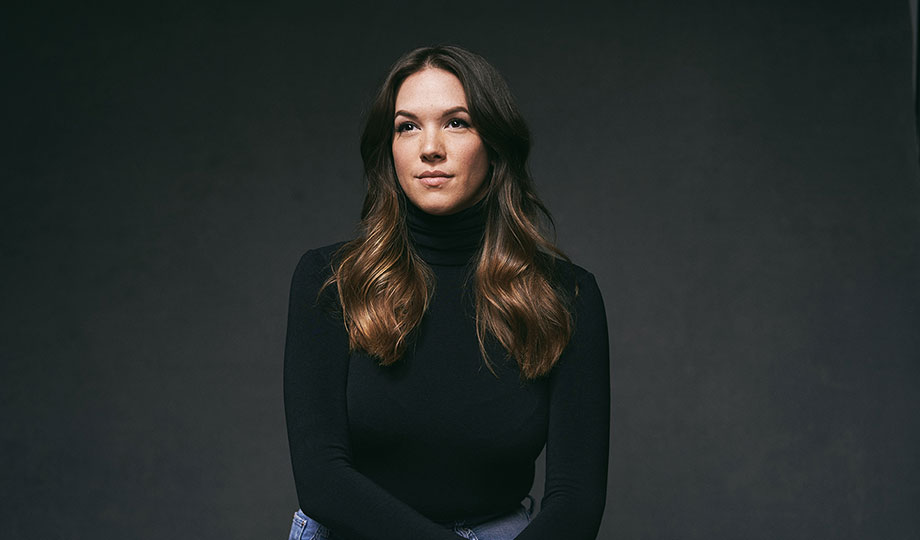 When Zee Gustafson was in high school, she wanted to be a forensic scientist.

“’CSI’ was extremely popular at the time,” she said. “When trying to figure out career plans, my parents reminded me that I always loved doing hair and makeup for my friends’ dances, pageants and events, so I should look into a cosmetology program. This way, when I was in school for forensics, I could make money with an alternate career.

“This made sense to me, so we went to the open house for College of DuPage’s Cosmetology program. I fell in love and decided to begin the program.”

One of the most memorable moments from that open house for Gustafson was when the director told everyone to look right and then left, because two-thirds of the people around them would not finish the program.

“I even contemplated discontinuing the program because of how much hard work it was,” she said. “All of the skills learned from a slew of talented teachers is really a blessing, but students have to be ready for it. Thankfully, I woke up one morning about halfway through the program and it hit me: I wanted to do hair and makeup for the rest of my life.”

While at COD, Gustafson also took business courses on her way to completing her Associate in Applied Science degree.

“I didn’t understand how imperative that knowledge would be and had I not done the additional coursework, I don’t think I would have grown the business I have today.”

Gustafson, who started her own company immediately after finishing school and becoming a licensed cosmetologist in Illinois, currently works as a professional makeup and hair artist. She focuses mostly on providing services for television, film, celebrities, red carpets, fashion shows and commercial photography.

“Working in or owning a salon was never a goal of mine in school,” she said. “I wanted to travel working on photo shoots, fashion shows and movies, which is where my mindset was in school. Over the last 10 years, I have been fortunate enough to be the department head for films and TV shows (Netflix series ‘Easy’ Season 1, among others); work with news outlets (CNN and WGN); do hair/makeup on photo shoots (CONAIR, Walgreens, Under Armour); take part in fashion shows (Victoria’s Secret, Tom Ford and Alexander Wang); and apply makeup, style hair and perform grooming for various celebrities (Jay Z, Forest Whitaker, Emily Ratajkowski, Malin Akerman and more).

“I am based in both New York City and Chicago, and so far I have worked in Chicago, New York, Los Angeles, Milwaukee, Detroit, Punta Cana, Costa Rica, Denmark and Spain.”

Gustafson describes her career path as a winding, hilly, icy road rather than a straight one. Her best advice to students is to listen to their hearts and then work as hard as possible toward their goal.

“When I think I know what I want to do next, an opportunity will present itself that I never could have ever expected and spins me in a different direction,” she said. “Be open to opportunities and know that you are never truly in control. Finally, make sure that you surround yourself with a loving and supportive core group, because these are the ones you lean on when you want to give up. Starting a company and being your own boss is just as fruitful as it is strenuous and you can’t do it alone.

“My career has so many different angles and I don’t fit into any mold, but with that comes a lot of questions and what feels like endless wandering. I’ve missed holidays, weekends, birthdays, weddings and funerals. I have worked 32 hours straight, been so exhausted that I had to step away from a photo shoot to throw up in a bathroom, and go back to set to finish out another eight hours of putting others before myself. It isn’t easy, but following my dreams is the best thing I have ever done for myself. I am obsessed with my career and am lucky to have listened to my heart at such a young age as well as had the support to do so.”

COD shaped Gustafson’s abilities as a hair stylist, which are the foundation of her career.

“I have gotten work that others may have been passed over for because of my proficiency in both hair and makeup,” she said. “On every film I’ve been the department head of, had I not been in COD’s Cosmetology program, I would not have been able to create the characters needed. Looking back, it was crucial to my success and had I not had the guidance I did, my life would be very different today – not to mention my business acumen thanks to the additional courses!

“I will always be a work in progress, but I started my own business, fly around the world for work and smile when I get into bed at the end of the day holding my best friend’s hand. I don’t think there’s anything more I could have hoped for.”

More about the Cosmetology program