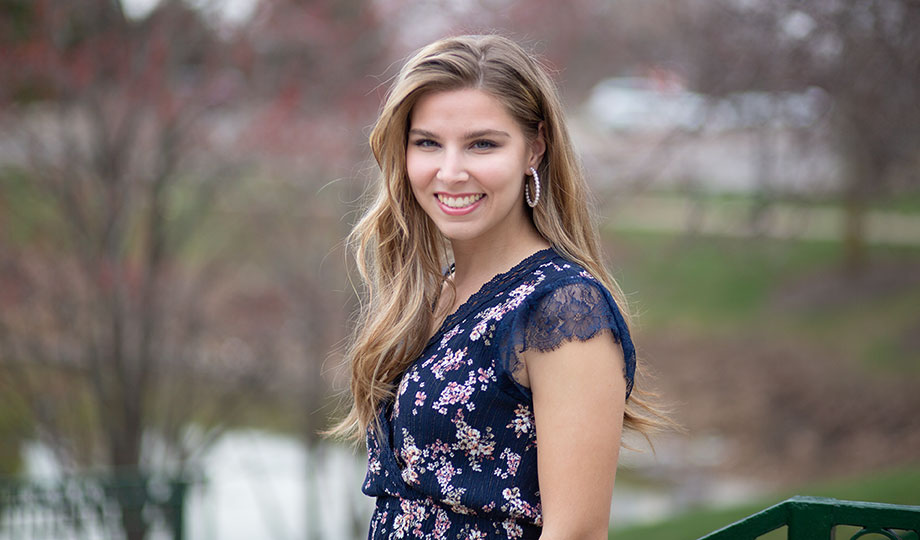 “When the College was still meeting in person, I enjoyed running into a student whom I had met earlier in a class, on the bus or even in the Learning Commons,” she said. “Being able to get to know that person and hear about their journey and where they have come from, their aspirations and the obstacles they have overcome, has been a humbling privilege. While College of DuPage is a large institution, it is truly the people who make the school memorable, and it allows me to smile as I think about these outstanding personal experiences.”

Imrisek’s own story shows just as much determination and drive to overcome. When she was younger, she battled several health issues that taught her how to prevail.

“I learned that just because life doesn’t go the way we planned, it does not mean we give up or stop persevering,” she said.

In spite of her medical issues, Imrisek continues to find ways to get involved, whether taking an active part at her church, coaching gymnastics through the park district or being a small group leader for a virtual Gen Z conference through an international organization called #HowtoLife. She also spent more than five years tutoring Spanish-speaking elementary school students through Puente del Pueblo, an after-school program.

“Many of these students come from broken homes, so it is rewarding to encourage them with the message that they can succeed,” she said. “My mother is the daughter of immigrants who came from Italy, so I appreciate different cultures.”

Imrisek is proud to have started her college career at COD, where she was part of the Honors Program and a member of Phi Theta Kappa as well as Alpha Mu Gamma, the honor society for language study. Because of her Italian heritage, she became an Italian tutor in order to share her love of the culture.

Helping people is also fueling her career decision. After earning her Associate in Science degree and being named one of COD’s Outstanding Graduate finalists, Imrisek plans to pursue a Bachelor of Science in Health Science and a minor in Communications at North Central College, having received the North Central College Transfer Scholarship, a full-tuition award presented to one COD student annually.

Imrisek encourages anyone coming to COD to be ready for an experience that will help shape their own stories.

“Come in with an open mindset, leave your past at the door and be prepared to work hard,” she said. “COD is a place of opportunity where you can find out where you belong. My hope is that my story is going to be used for something greater than myself.”

More about the Health Sciences at College of DuPage