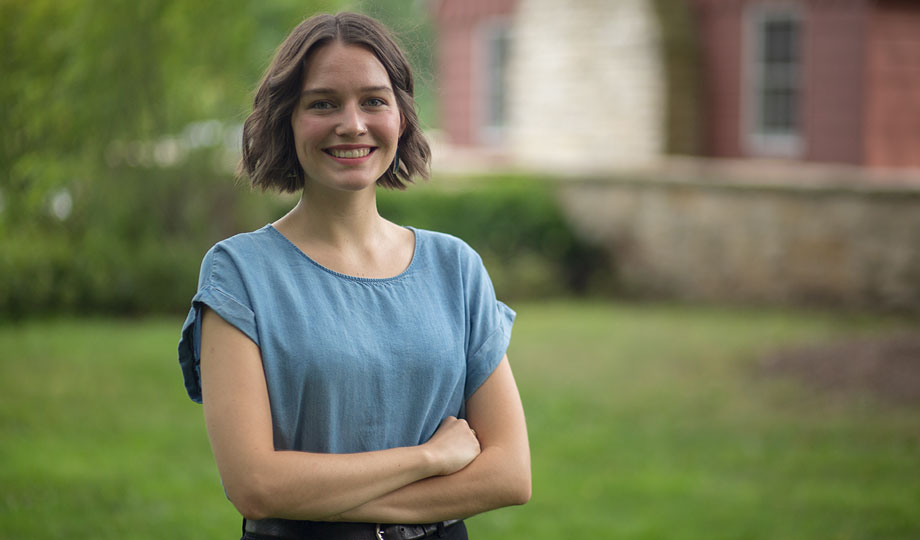 When Bridget Kingston enrolled at College of DuPage, she was uncertain what path she wanted to take.

After a severe dance injury altered her path of becoming a professional ballerina, she decided to pursue her other passion—writing. During her first semester, she began writing and editing for COD’s student newspaper, The Courier.

“It was through my time at The Courier that I learned how to work with a creative group, tackle social justice issues through print, and tighten my writing and storytelling skills,” she said. “Even though I wasn’t pursuing journalism, my time at The Courier taught me that there are innumerable careers in writing, publishing and editing. It opened the door to a career field that had previously seemed untouchable and gifted me the skills necessary to eventually pursue it.”

Kingston, who earned an Associate in Arts degree, transferred to Columbia College Chicago to pursue a Bachelor of Arts in English. Kingston was the first COD student to take advantage of COD’s Columbia AA to BA in English Transfer program, through which Kingston saved money on overall tuition costs at Columbia by taking 75 transferable credits at COD. As a student in the transfer program, Kingston was also awarded a $12,000 scholarship by Columbia through the Chicagoland Transfer Award program.

Kingston was uncertain she had a future after her injury, but after her experience at COD, she is grateful she can pursue her other passion.

“It was through a handful of phenomenal COD professors that I began to see what I wanted my future to look like,” Kingston said. “Their intelligence and devotion to their craft made me realize I didn’t have to sacrifice what I loved in lieu of a predictable career path. One English professor in particular, Professor Jason Snart, not only pushed my creative writing past countless self-inflicted barricades, but also remains a fundamental reason I am proud to be pursuing an English degree at Columbia.”

Kingston is thankful for everything that COD provided her.

“In the most modest of terms, College of DuPage put a name to my goal,” she said. “My professors became living examples of how I could channel my passion every day for the rest of my career. They painted the landscape of my dream job as an English teacher and handed me the roadmap to get there. Every bump I’ve experienced along the way has led me to Columbia’s front steps, and I owe every last ounce of my preparedness to COD.”