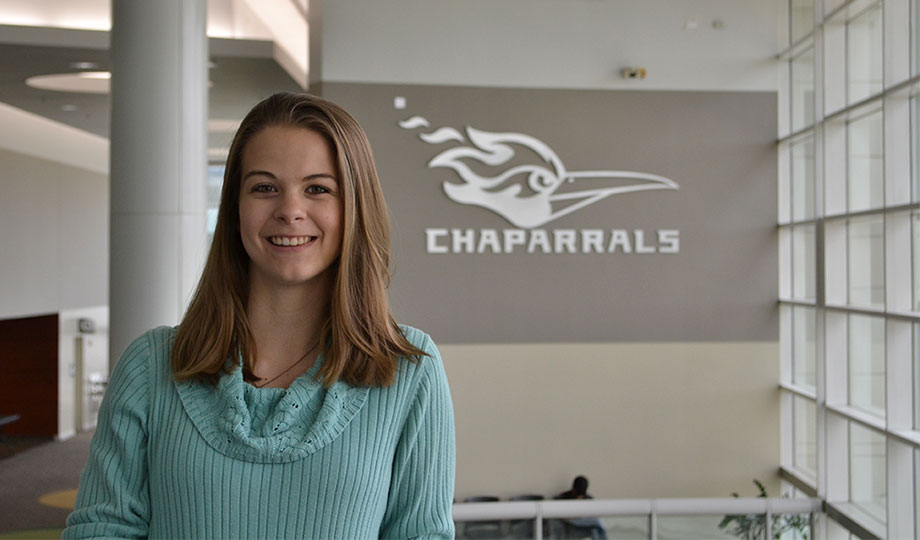 When Kaitlyn Kunde graduated from high school, she selected a four-year, out-of-state university because she really wanted to move away.

But toward the end of her first semester, Kunde wondered how she would graduate debt-free, which was one of her college goals.

“After one semester, I had spent half of my college savings on tuition and room and board,” she said. “I decided that the financially smart move would be to move home and attend College of DuPage to get my general education requirements and nursing prerequisites completed for a more reasonable cost and then transfer.”

The plan worked, as she was able to pay for tuition and put money away for her transfer school. Helping Kunde with her finances was the Student Life Scholarship, which she received from the COD Foundation.

“I worked hard and did my best, and receiving this scholarship was a confirmation of that. It gave me more incentive to keep working hard!”

“This was a once-in-a-lifetime opportunity that I would not trade back for anything! I was able to be fully immersed in the French language and culture, as well as make several new friends along the way,” she said.

Kunde received the Outstanding Club Officer award from Student Life for her work with La Connexion Francaise and was an Academic Excellence Recipient by Discipline for French.

“It feels wonderful to be recognized as someone who puts forth her best efforts to learn and grow,” she said. “The French language and culture will forever be a part of my life, and one day I would love to go back to France and visit more cities across the country, as well as other countries in Europe.”

As for COD, she highly recommends it for its reasonable tuition and many opportunities.

“Considering College of DuPage is an excellent decision because you will save thousands and thousands of dollars on university tuition, you will get the exact same education and credits and have unlimited resources available, and you can become involved in different clubs and organizations,” she said. “Student Life is where it’s at! I would also highly recommend asking about the Field Studies program at COD, especially the month-long summer language immersion opportunities. My trip to France was the best experience I had at COD.”