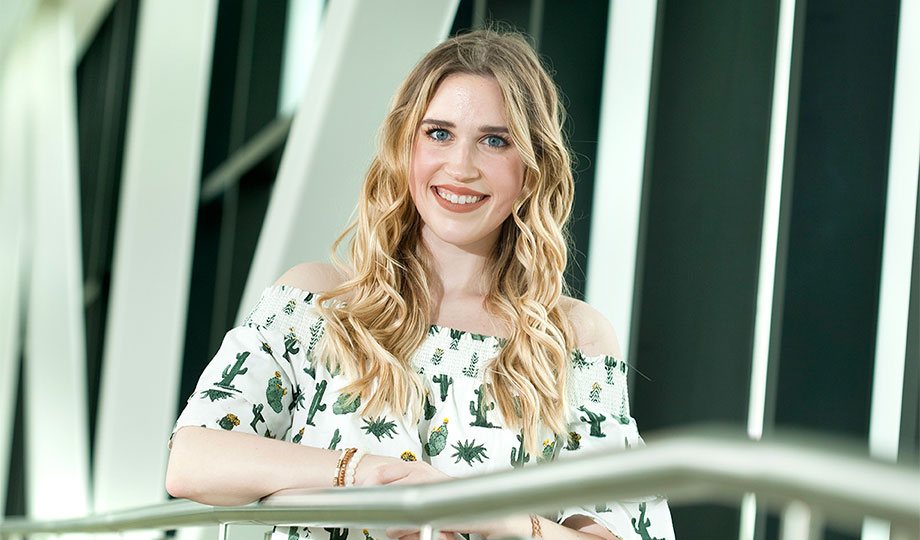 Molly Langlotz initially came to College of DuPage for the High School Equivalency program in order to pass her GED.

Although she had dropped out of high school due to her home life, she wanted to return to school and found at COD an encouraging learning environment.

“When I first came to COD, I was really scared because I had been out of school for five years,” she said. “My intent was to go after my GED because it was a free program and then continue. Even when I had passed my GED with honors and received a scholarship to continue, I was terrified of college courses. Julie Casey, a faculty member with the HSE program, told me I could do it, and her confidence in me really pushed me during those first classes.”

Langlotz earned straight A’s her first semester and continued that success, becoming a member of Phi Theta Kappa Honor Society. During her time at COD, she began to focus on a career in psychology.

“Psychology means a lot to me because it’s a way to heal people,” she said. “I didn’t have a normal high school experience. I thought my life was over after I dropped out, but it was my two older sisters who really supported me throughout my entire journey. They convinced me to keep going.

“I’ve learned that the past doesn’t dictate the future. It’s a part of me, but it doesn’t have to be tomorrow. My hope and goal is to help heal as many people as possible.”

Langlotz earned her Associate in Arts degree with a 4.0 GPA and in 2018 was named one of the College’s two outstanding graduates. She was accepted at every transfer school to which she applied and chose the University of Illinois at Chicago. While there, she was part of the National Society of Collegiate Scholars and Tau Sigma Honor Society in addition to serving on the recruitment committee for Chaarg, which gets women involved in fitness and healthy lifestyles on campus in a positive way. She also was on the Dean’s List.

“It is very rewarding and made me realize I chose the correct career path,” she said.

Langlotz has only great things to say about her experience at College of DuPage, including the fact that it was the place where she met both her best friend and her boyfriend.

“I would tell someone considering COD to go for it and not be afraid,” she said. “I was afraid at first and worried that I would be treated as inferior because I didn’t graduate from high school. But at COD they are not going to tear you down, they want to build you up.”

Click on the above photo for a video about Molly Langlotz.