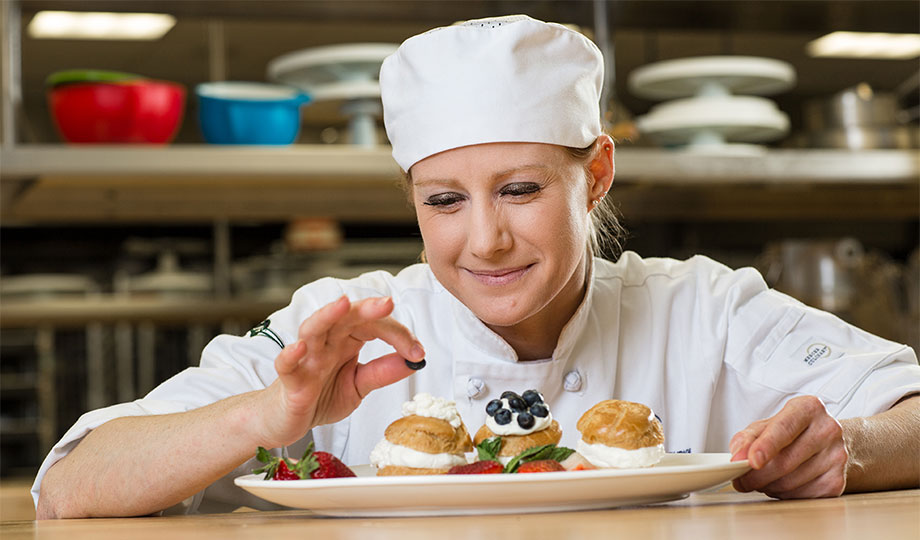 Ashley Sabo first took classes at College of DuPage in 2005 and 2006 before transferring to the University of Kentucky, where she earned her bachelor’s in Agricultural Economics and a minor in Business.

Her goal was to manage and possibly own a farm, and at first she worked mostly in the equine industry.

But when one of her roommates in Kentucky developed stage 4 Hodgkin’s lymphoma cancer, Sabo began learning more about the food people eat.

“The doctors would give me large packets that were several pages long of foods that he could and could not eat, and how the foods had to be prepared in a specific way,” she said. “I asked why this was and found out because of the pesticides used, the antibiotics in the food, and the preservatives in the food. I also learned that how food was grown, collected and sold in general is very harmful, especially to someone who has no immune system.

“It was because of this that I became more interested in food – where it is coming from and how we are preparing it. If these things are not good for my friend with cancer to be eating, I didn’t feel it was good for anyone to be eating.”

Sabo eventually moved back to the Chicago area to be closer to family. She began researching local culinary schools and chose College of DuPage for its state-of-the-art facilities, great reputation and teachers, and cost of tuition.

“COD gave me a very well-rounded education of the culinary industry. They not only teach you how to cook but also what goes into running a restaurant or business,” she said. “COD has given me real-world experience in the field, such as working in the two restaurants that are in the Culinary and Hospitality Center (CHC) and through internships. The teachers were always excited and willing to help with your personal goals or something you wanted to learn.”

While at College of DuPage, Sabo was part of the student team that took first place at the American Culinary Federation’s Illinois State Competition in two consecutive years. She has since earned two associate’s degrees – in Baking and Pastry Arts and Culinary Arts.

Currently Sabo is a food scientist at Edlong Dairy Technologies and loves her job. She also is pursuing a master’s degree in Food Science and Technology at Washington State University and recently presented at the Bridge2Food conference in Las Vegas.

Sabo encourages others interested in the culinary arts to select College of DuPage.

“Always feel free to just stop by the CHC and ask any of the students about the program,” she said. “You can also always set up a tour or talk with one of the advisors who are all very helpful in advising you how to start the culinary program. Everyone at COD is very friendly and always willing to help.”

More about the Culinary Arts program