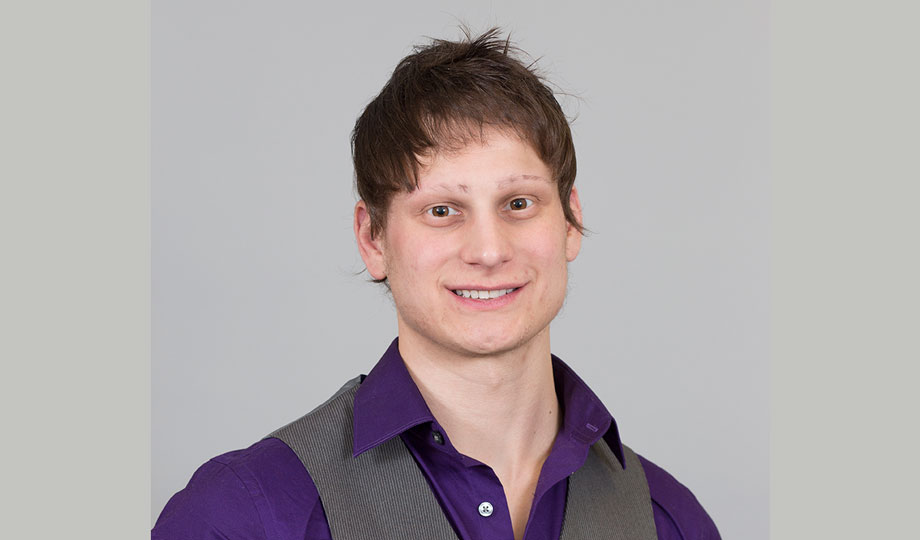 Although Ray Schlösser became interested in astronomy as a child, he never thought it could be a career.

That changed when he took Earth Science 1122, “Astronomy: The Solar System,” with Assistant Professor Joe DalSanto at College of DuPage. Once he realized it was a viable career, he became hooked. In fact, Schlösser even founded the student Astronomy Club on campus, which in 2015 received the New Club of the Year Award from Student Life as well as certificates of recognition for both himself and DalSanto.

“Being able to start clubs on campus made school a much more interactive learning environment,” he said. “By becoming a part of COD, I was able to enjoy it a thousand times more than if I just showed up for classes and then went home.”

In 2016, Schlösser participated in NASA’s Community College Aerospace Scholars program, only the second COD student to do so. After several weeks of testing, he was selected as one of 160 students nationwide to travel to NASA.

“My experience was one that I will truly never forget,” he said. “We split off into teams of 10, and each team created its own company to work with NASA. This simulation taught us how projects at NASA take place, from marketing to engineering, accounting, and even product and parts procurement. After my team met, we all decided who would fit each role, and I was given the role of project engineer, which meant that I was in charge of the other nine students for the duration of the simulation. We all had a great time, and we still keep in touch with each other.”

Schlösser earned Associate in Science, Associate in Art and Associate in General Studies degrees at COD. He then transferred to the University of Alabama and completed a bachelor’s degree in Physics. While there, he was the president and founder of the Astronomical Society, the director of affairs of the Society of Physics Students (SPS), and working for the Department of Physics and Astronomy as a teaching assistant. He also conducted research in both astrophysics and experimental physics and will be published in an in-house journal for work with scanning tunneling microscopy.

His ultimate goal is to earn a Ph.D. in Cosmology and become involved in field research.

“My end goal is to learn as much as I can about this universe before my time on earth is up. I would love to pass along as much of this information as possible to future generations.”

Starting at College of DuPage provided him with the foundation and direction for his future, and Schlösser is more than satisfied with his top-notch education.

“Most students might not be aware of this, but COD is one of the best colleges around,” he said. “Being a student there definitely helped me to transition into a large university for my bachelor’s. It’s in any student’s best interest to join as many clubs and organizations as possible and get involved in any way, because it changes the school into a living, breathing community filled with new people and new opportunities. It’s surprising how many times someone you meet while getting involved may be able to help you grasp a new concept, or how helping them grasp a concept they struggle with may help you to understand it better yourself.

“As far as any student considering the Astronomy program, I would highly recommend it. There are so many amazing conversations that take place within the classrooms, and it’s surprising how much some of our members have learned about astronomy just from being in the Astronomy Club. The program is great for anyone interested or curious about space and our universe as well as anyone looking for a career in astronomy.”