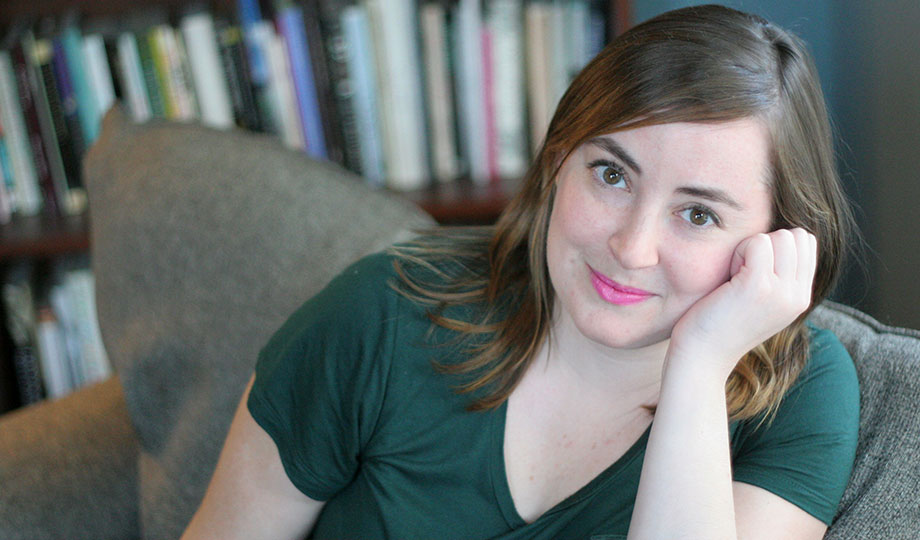 “The Fallback Plan” is her first novel, which the Chicago Tribune described as “an enchantingly funny and insightful debut novel … has a universal quality, capturing a generation’s angst quite like ‘Franny and Zooey’ did when it was published in 1961.” She is a former New Yorker staff member and frequent contributor to its “Book Bench” blog.

Her poetry has been published in numerous journals, been nominated for a Pushcart Prize and earned her Poets and Writers Magazine’s Amy Award. Her latest collection is called “Dispatch from the Future.”

In 2002 and 2003, she was an Honors program student at College of DuPage after attending Glenbard East High School.

“I hated the culture of high school and felt more challenged by – and interested in – the classes at COD,” she said. “The Honors program was a huge lifesaver for me.”

Stein began writing poetry at age 13 and took her first and only class in poetry at College of DuPage with Freyda Libman, a “fantastic” English professor. Stein took two other classes with Libman but was more interested in theater, appearing in a production of “Brighton Beach Memoirs.”

She then moved to New York City to pursue her love of theater. While enrolled at an acting conservatory, Stein began writing short stories every night in her dorm room and had her first story published that year.

Stein attended The New School in its creative writing program and then transferred to Brooklyn College, where she enjoyed a challenging program for her Bachelor of Arts degree. She lives in Brooklyn, where she works in children’s publishing and teaches musical theater to elementary school students.

In 2014, Stein wrote an article for Slate about cross-dressing soldiers and re-enactors of the Civil War. She also launched a conference in October 2014 for/by/on women writers and gender disparity in publishing to be held this October in NYC called Out of the Binders: Symposium on Women Writers Today. The conference has become a nonprofit organization, and for several years Stein was the co-president.

Her third book, “Land of Enchantment,” was published in August 2016 by Plume. The story actually is based on a relationship Stein had with someone she met at COD while auditioning for “Medea” in 2007. She also wrote a piece for the Washington Post about psychological abuse that went viral.


Stein’s fourth book, a satirical novel about the wellness industry called “Self Care,” was published by Penguin Books in summer 2020 and received great reviews. The LA Times wrote, “Though the turmoil at the center of ‘Self Care’ is entertaining…it’s not the thing that kept me reading. Instead, it was Stein’s deft navigation of the shades of superficial feminism, the lexicon of start-up culture and the tone of a generation reckoning with how to be honest with itself.”

NPR Interview: 'What to Miss When'

Her second collection of her poetry, “What to Miss When,” was written about the COVID-19 pandemic and was published by Soft Skull Press in August 2021.

Although her own educational path was unconventional, Stein knows it made an impact on her career.

“I’ve made it work, and I think my success is due to my creative attitude toward work and school,” she said. “I’ve worked a bunch of different jobs, and I've always managed to be employed because I’m willing to try just about anything once. There's no shame in doing things differently than those who came before you, but you might have to fight a little harder to get what you want.”