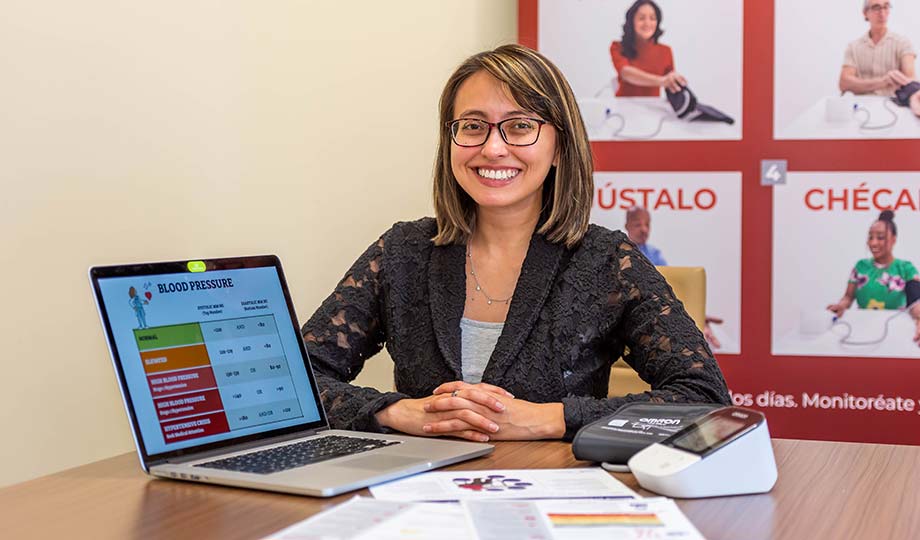 Stephanie Torres’ initial goal after high school was to enlist in the Navy. But her plans changed when she was turned down.

While her peers had visited campuses and been accepted to a variety of colleges and universities, Torres had not, leaving her at square one.

“I had no back-up plan,” she said. “I received an email from College of DuPage about an event on campus and I decided to learn more. I liked the programs and the campus and it was a good fit for me.”

While at College of DuPage, Torres served as Student Trustee on the College’s Board of Trustee and as Student Body President. She then was elected as the student board member on the Illinois Community College Board.

Ironically, Torres was not involved with student government in high school.

“I liked history but mostly ancient history, such as mythology and the Egyptian civilization,” she said. “Then I came to COD and was a science and nursing major. During my senior year of high school, I promised myself I’d get more involved in college. So many students like me don’t know the complexities of all that happens on campus, and I wanted to learn more and meet new people. After I attended my first Living Leadership Program retreat, I understood that the world of leadership is open to anyone willing to seek and learn from it.”

Torres was selected by the Illinois Board of Higher Education’s Student Advisory Committee and began her term in 2016. She said that involvement in school and civic activities creates the leaders of tomorrow.

“The most important part is learning everything you can during the time you are in college and understanding that civic engagement goes beyond opportunities on campus. In fact, it’s not about politics but about playing an active role,” she said. “I need to keep knocking on doors, and being on the Student Advisory Committee is another opportunity to be even more involved than in I have been in previous years. Every decision made at higher levels of government impacts all of us, and being part of the conversation is great.”

Torres enjoyed these experiences so much that she changed her major to public health at Northern Illinois University because she wants to be part of a comprehensive and ongoing examination of how the environment affects people and systems. In 2017, she traveled to Mexico and completed an internship with the nonprofit Human Connections.

“I always wanted to do something where I could become an asset to the environment and community in some way,” she said. “Nursing is a rewarding career, but public health allows me to work with the broader community and to address policy, which affects health care and nursing. I also want to do something that’s not just for myself but as a collective means toward helping one another.”

Having earned her bachelor’s degree, she joined the Peace Corps and worked in Moldova, where she taught health education to grades 2, 3, 4, 6, 7 and 8. Although she did miss some aspects of home, Torres would not exchange the experience for anything.

“I am especially grateful for the opportunity to use what I learned in my nursing classes and transfer that knowledge to my students,” she said. “I feel so lucky to have had incredible professors and mentors during my time at COD. It is rewarding to know that due to their dedication, I am now prepared to learn from, and overcome, the challenges I face every day.

Torres is now pursuing a master’s degree in global health at National Taiwan University. She said her academics and involvement at College of DuPage provided invaluable skills and insight as she pursues her future goals.

“Because of my experiences, I am now a more critical thinker and am able to handle personal and professional obstacles with confidence,” she said. “I often heard ‘The world is our classroom’ at COD, and the opportunities I had there and continue to have now give credence to this statement.

“I believe every student has the potential to prosper and taking the opportunities offered is vital to the development of conscientious leaders and decision makers. It is our responsibility to be proactive and make our opinions matter – this is how change begins.”

More about the Nursing program