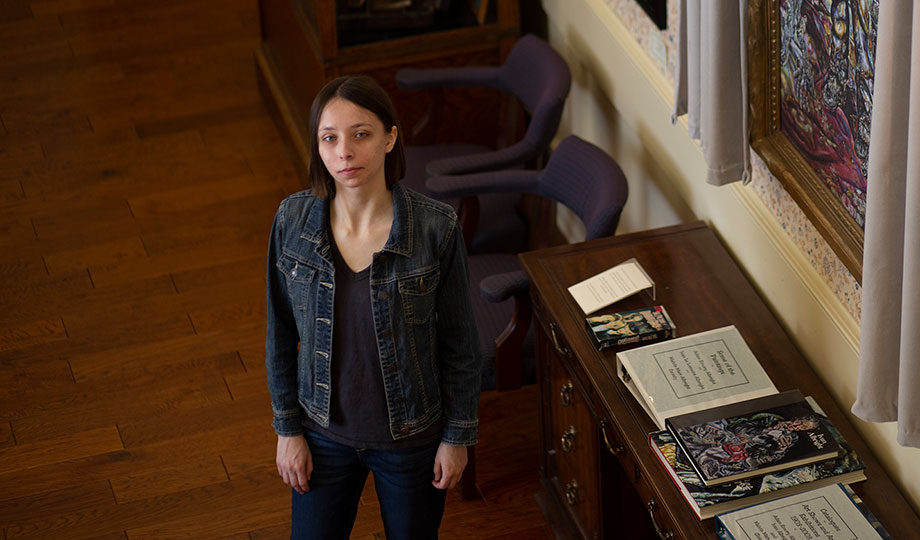 For as long as she can remember, Sofia Walendziak was enchanted by history.

“Tales of battles, larger-than-life rulers and long-gone groups of people were some of the only things to pique my interest during my earliest years of school,” she said. “I grew up on BBC’s ‘Merlin’ and the ‘Lord of the Rings’ trilogy and have yet to grow out of stories of kings, wizards and dragons. Those worlds of magic just hold an allure that leaves me spellbound.”

Walendziak is channeling that love of history into her pursuit of a dream career as an archaeologist. But going to college and earning a bachelor’s degree was not a given, considering that she is the first person in her immediate family to attend a four-year university.

College of DuPage was the perfect place for her to start.

“I am an only child and come from a family that has jump-roped with the poverty line for as long as I can remember,” she said. “I saw how over my lifetime my parents really did struggle. I would like to go further so that I can better my own life and the lives of my children and grandchildren. This made community college the best choice for continuing my education past high school.”

COD was a place where I was finally able to explore what I wanted to do for the rest of my life, discover who I really was and what I wanted as a person.

While she had to strike a balance between school and work in order to pay for tuition, Walendziak did not have much time for involvement on campus. However, she did have the opportunity to intern with fellow COD student Jaime McGinty at the Warrenville Historical Society Museum under the supervision of COD adjunct Anthropology faculty member Dale Simpson Jr. and museum curator Sarah Phalen.

“We were organizing and analyzing a collection of some 1,500 stone tools collected in Warrenville by the Mack family,” she said. “The plan was to create a new display for these artifacts, using them as educational tools for the public, and releasing some published research on what our analyses find regarding their material composition and what those finds might say about this part of the country pre-settler. It was a truly amazing project, and I have been honored to be a part of it.”

During the project, Walendziak was introduced to Thomas Loebel, an archaeology professor at the University of Illinois at Urbana-Champaign (UIUC) and the assistant director of the Illinois State Archaeological Survey (ISAS). It was a chance for her to network as she looked ahead toward the next step in her education.

Having earned an Associate in Arts degree and being named one of COD’s Outstanding Graduate finalists, she is now at UIUC pursuing a major in anthropology with an archaeology concentration as well as a minor in classic studies. In 2022, she had the opportunity to attend an archeology field school in Portugal.

Walendziak is glad that the College gave her the foundation for her future education and career.

“Some people may think when they get out of high school, they are more than ready to jump into a four-year university in another city, another state or another country. But honestly, a community college really gives you the opportunity to grow up and do so in a safe environment,” she said. “You still have some of the guidance from your home life but also the added freedom of college, and it’s a lot more affordable. It will be nothing but beneficial to you in the future.

“COD has opened a lot of different opportunities for me that I just didn’t have in high school and earlier years. This was a place where I was finally able to explore what I wanted to do for the rest of my life, discover who I really was and what I wanted as a person. Between my drive, my hard work and my determination, the sky truly is the limit. Thank you, COD.”

Learn more about the Anthropology program at College of DuPage