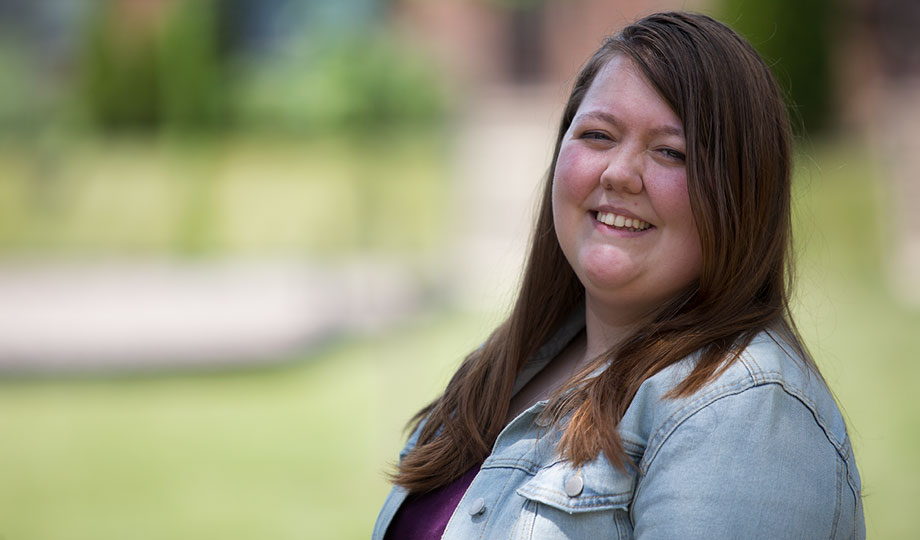 Madison Willis had an inspiring high school Spanish teacher who recognized her strengths and encouraged her to continue learning the language.

Graduating a semester early, Willis chose College of DuPage to get an early start on college. She thought it was a perfect fit after researching opportunities and class offerings.

“When I came to COD, I decided to take up Spanish again and remembered how much I loved the language. After finding out that it was possible to make a career out of it, I realized I wanted to become fluent and teach it,” she said. “The COD Languages program has opened so many doors for me during my two years there. I had the privilege of meeting passionate professors, like-minded students and the opportunity to get involved in the language-learning community.”

This included becoming a member of Phi Theta Kappa and Alpha Mu Gamma (AMG), the latter of which she became president. Her involvement allowed her to be part of many invents, including her two favorites, the Multicultural Mash-up and a Global Flicks after-film Q&A session.

“During the annual Multicultural Mash-up, the language and culture clubs come together to celebrate diversity, culture and foreign languages, and I enjoyed the enthusiasm that everyone had for celebrating different world cultures,” she said. “AMG sponsors one film during the annual Global Flicks event, and my team came up with open-ended, thought-provoking questions to present to a College-wide audience. I was thrilled to interact with the audience and hear from different, unique perspectives.

“Being a part of Alpha Mu Gamma gave me the drive and motivation to not only continue to excel in my target language, but it also challenged me to become a better global citizen and a culturally aware leader,” she said. “AMG and the other language and cultural clubs offered at COD promote what it means to be a language learner and an admirer of diverse cultures. Being immersed in cultural activities is just as important as learning your target language.”

Willis also completed a service learning project at a local elementary school for an honors class, which allowed her to represent COD in giving back to the community by helping others learn and grow in a bilingual environment.

While at COD, Willis earned the Study Abroad Scholarship from the COD Foundation. Her plan was to participate in the College’s program in Spain, but it was canceled due to the COVID-19 pandemic.

“Despite the circumstances, the scholarship gave me the confidence to achieve one of my biggest academic goals. Even though things didn’t go as planned, I am still grateful for the scholarship. I am now more motivated than ever to pursue my dreams and take chances.”

In 2020, the Languages faculty recognized Willis for excellence during the annual Celebration of Academic Excellence. She is transferring to Elmhurst College, where she hopes to have that study abroad opportunity in a Spanish-speaking country. After earning a bachelor’s degree in Spanish, she wants to obtain her teaching license and become a Spanish language teacher.

Willis is glad that COD gave her the confidence to be fully prepared for her educational, career and personal goals.

“My first year at COD was scary, as I struggled to find my place and purpose. Being a first-generation student, I was going into this whole college ‘thing’ blindly. I did, however, find my voice through reaching out and discovering a community of individuals who shared similar interests and passions,” she said.

“Being surrounded by amazing professors and like-minded students motivated me to reach my goals. COD helped me challenge myself to take honors courses that led me to a service learning and research project. Most importantly, getting involved in and being president of Alpha Mu Gamma helped me become a strong, confident and passionate leader. Passion is everything when it comes to figuring out what you are meant to do. What helped me the most at COD was simply pursuing what I was interested in with full force and bravely trying new things.”