IMPORTANT ANNOUNCEMENT
Welcome to College of DuPage! Our doors are now fully open to serve you on campus. Read the latest announcement from College of DuPage President, Dr. Brian Caputo. Learn what to expect on campus or read Coronavirus (COVID-19) updates. 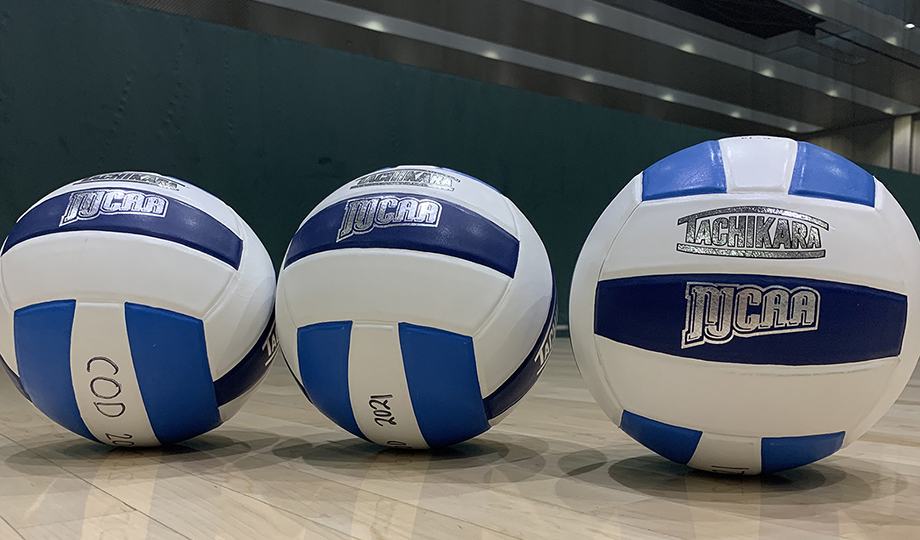 College of DuPage will launch a men's volleyball program during the 2022-23 academic year, thanks in part to a $10,000 grant from the National Junior College Athletic Association (NJCAA) Foundation and First Point Foundation, the College announced.

COD is one of 15 institutions to receive grant funding as part of the NJCAA and First Point's efforts to build a national men's volleyball presence.

"The ability to create more opportunities for student-athletes to compete in college and take part in a growing sport is one of the ultimate wins the NJCAA Foundation can achieve," said NJCAA Foundation Executive Director Brian Luckett. "We are appreciative of the First Point Volleyball Foundation for making this possible and the NJCAA member colleges who have stepped up to make history by bringing back men's volleyball to the association."

"Locally, many high schools have added boys volleyball over the last several years and Chicago is becoming a hot bed for recruiting,'' he said. "We are excited to be at the forefront of this new emerging sport within the NJCAA and this grant will help ease the financial burden of adding this sport to COD Athletics.''

"Creating opportunities for our students to be successful both in and out of the classroom is a key component to the College's mission," he said. "I thank the NJCAA Foundation and First Point Foundation for their confidence in the College and its programming."

"As one of 19 First Point Foundation board members, I can say we are so proud to be able to support the NJCAA and these 15 institutions starting men's volleyball," he said. "Two-year colleges present the most affordable opportunity for young people to play college volleyball during a time when students want to stay closer to home. Our hope at First Point is to see 35 or 40 more two-year colleges follow these 15 and sponsor men's volleyball."

John Speraw, First Point Volleyball Foundation Founder and volunteer chairman and head coach of the U.S. Men's National Team and UCLA Men's Volleyball, echoed Haley's sentiment and voiced his excitement for the future of the sport at the junior college level.

"As we work to prepare for the Tokyo Olympic Games, all of us at USA Volleyball are excited by this awesome news of 15 newly announced men's collegiate volleyball programs at two-year colleges," he said. "I suspect it won't be long before an NJCAA athlete will play for Team USA. I want to personally thank all the donors to First Point Volleyball Foundation, past and future, for making these grants possible."