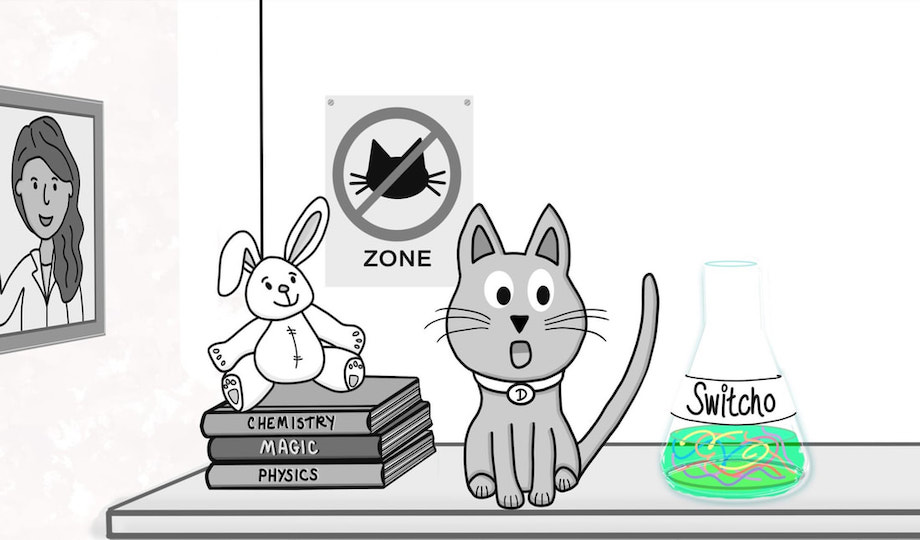 College of DuPage Motion Picture and Television (MPTV) students Natalie Mercado and Alison Vega joined 25 students from around the world in earning merit awards at the After Hours Film Society’s Anim8 Student Film Festival. Mercado and Vega were selected out of a total of 81 students from 15 countries.

Both Mercado and Vega each submitted an animated film they created as part of a COD MPTV class.

“Although it doesn't surprise me that they earned this honor because their work is nothing less than excellent, I congratulate each of them,” he said. “It has been an honor working with them as they have gone through our Animation program.”

Vega’s film “Switcho” follows the journey of two cats who sneak into a forbidden room in their house. Their curiosity gets the best of them, and they have to work together to conceal an unexpected transformation.

“I believe the award-winning qualities of my film trace back to the story,” she said. “It is lighthearted, humorous and has a surprise ending. It is also relatable to pet owners based on my observation that pets enjoy making new discoveries and having little adventures.”

Vega credits the support of her COD MPTV instructors to her continued motivation to pursue animation.

“Animation is very time consuming and takes patience and determination,” she said. “I have lost work due to corrupt computer files and sometimes I have to scrap an animation and start over when my story or character does not turn out how I want. Luckily, my COD teachers and tutors have been phenomenal in providing support and guidance to help me get back on track.”

Mercado’s film “Hellp Wanted” follows a character named Mikkenas who gets swindled into applying for a job that sounds too good to be true. Xhale, a sneaky fox demon, tricks him by having him sign a contract which keeps him bound to the underworld.

Mercado’s artistic nature led her to pursue animation where she said she is able to bring colorful characters to life.

“My goal is to make my way up in the animation field and to be able to create animations that get broadcasted on television or streaming services,” she said. “One of the most important things I focus on is creating a mood with my stories and character designs that hook the viewers into wanting more.”

After Hours Film Society Founder and Executive Director Debora Venezia said the organization’s goal is to support talented artists and give them an opportunity to further their experience and education.

"The technical skills and creativity demonstrated by our award recipients is amazing,” she said. “I encourage anyone with a curious mind and a sense of humor to watch our program and support these emerging artists."