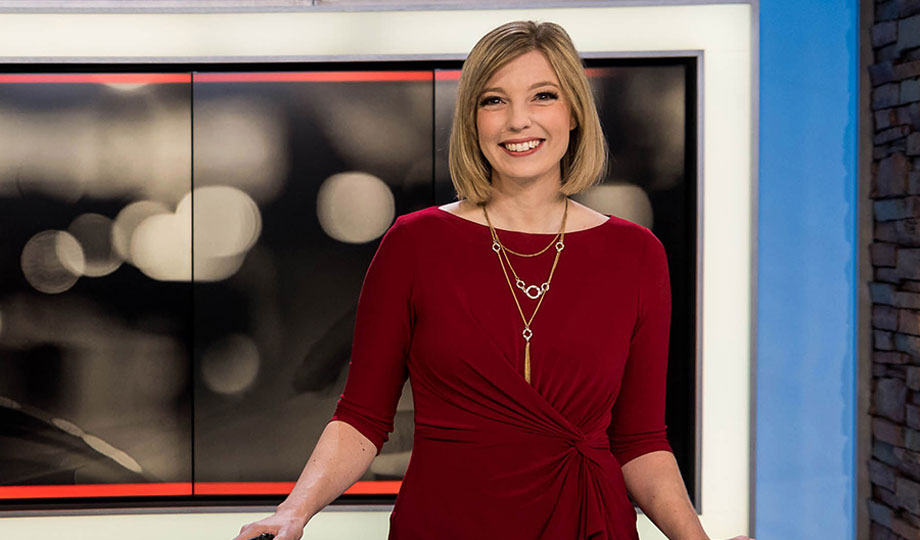 Kristin Crowley took a journalism course at College of DuPage because it was suggested by her soccer coach, Mike Losacco.

“I was always drawn to writing and it was always one of my best subjects,” she said. “I enrolled in Sandy Fries’ journalism course and grew increasingly interested in the subject. It wasn’t just because of what he was teaching, it was because of his real-world experience in the journalism field. He got to do so much and experience so many amazing opportunities, the entire lifestyle just appealed to me.”

While at COD, Crowley obtained her first internship in media at 103.5 Kiss-FM in Chicago.

“I wasn’t sure I should apply for the internship since I was only a freshman. But Sandy insisted I try for it and without his encouragement, I wouldn’t have taken the risk,” she said. “I got that internship, which then opened so many doors for me in the world of journalism.”

Crowley transferred to Columbia College Chicago, where she landed an internship at ABC 7 Chicago. After earning her bachelor’s degree in Journalism, she started working at WFLD in Chicago (FOX Chicago) as a production assistant and field producer.

Then she secured her first on-air job in Lafayette, Ind., at WLFI, where she worked as a reporter and anchor for about 18 months. Her career then took her to WLUK in Green Bay, Wis., and after two years there, she shifted back to anchoring at WSIL in southern Illinois.

Crowley then made the move to WREX in Rockford, where she is now the main evening anchor for the 5, 6 and 10 p.m. news.

“I can’t imagine having a career outside of journalism. I get to do what I love every day and I hope that never changes,” she said.

She also met and married her husband, Josh, who works in the news business. Together they adopted two rescue dogs and are previous board members for PAWS Humane Society in Rockford. She also is a volunteer with the United Way for its IREAD program, which works to enhance young students reading skills before they enter the third grade.

In 2016, Crowley received a Regional Emmy Award as part of the team honored for “Outstanding Achievement for News Programming – Morning Newscast: Smaller Markets.”

“It’s such an outstanding honor to win this award,” she said. “When you say ‘Emmy’ everyone knows what you’re talking about. On top of that, the Rockford market is the smallest news market competing in this region. We are up against the likes of Green Bay and Madison, Wis., South Bend, Ind., and Peoria, Ill. All of these cities have stations that are bigger and thus have more staff and more resources. To know that our staff at WREX is not only able to compete against these bigger markets but win is an incredible feeling. I wouldn’t have this award if it weren’t for the hard working team that makes up WREX, and for that I am forever grateful.

“Winning an award like the Emmy is something that’s a lifelong dream. You don’t expect to accomplish your dreams at 31! I hope in doing so, I can inspire others who have big dreams but think they’re not possible. I’m here to tell you they are possible.”

The awards continue, as WREX in 2018 received a national Edward R. Murrow award for overall excellence and was named Station of the Year at the AP awards and the Illinois Silver Domes. So far, she has accumulated 18 first-place awards in five years.

In 2018, Crowley was in a bad car accident and broke her back, ankle and tailbone. She is now back at work and has a website listing awards and stories.

“We go to school to make better lives for ourselves in the future. It’s not about what you get to do in those four years, it’s about what you get out of them. I’m very grateful for what I got out of COD and the future it helped make possible for me. I can honestly say I don’t know if I’d have the wonderful life I have now.”