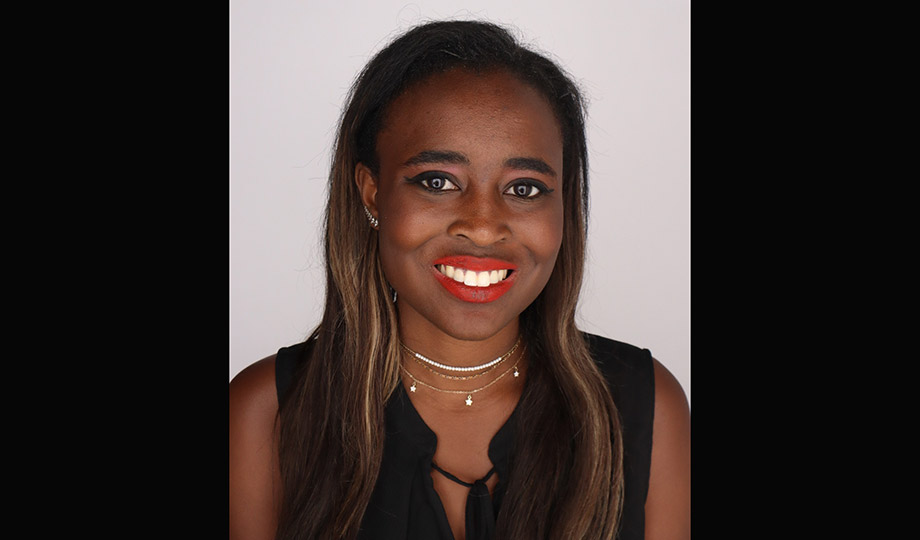 Driven by a passion for science and technology, Cierra Desmaratti was encouraged by a College of DuPage counselor to explore the Engineering program.

“I’ve always had an aptitude for math and science, but throughout my life, no one had ever considered that path for me,” she said. “As a Black woman, I had no personal role models or mentors to look up to in the science fields. I was surprised someone had recommended that path for me, but I jumped in head-first.”

During her three years at COD, Desmaratti was president of the Society of Women Engineers, a candidate for an internship at Argonne National Laboratory and was given the honor of introducing Harvard Physics professor, physicist and cosmologist Lisa Randall as part of COD’s STEMinar speaker series.

But the path leading to her current success was not without its challenges. After graduating high school in 2017, Desmaratti felt lost with what she wanted to do next.

“I come from a poor family and the financial implication of a four-year college was overwhelming,” she said. “I didn’t know what I wanted to study, so taking out massive amounts of loans felt irresponsible. COD was the best option for me.”

The first two years were admittedly hard for Desmaratti. She was taking a full class load while working part-time to financially assist her family. It took a toll on her GPA and she ended up on academic probation. She also was disheartened to be one of the only females, and the only Black student, in her advanced math and science classes.

“There’s a tax, always thinking about how you’re different,” she said. “I’m not naïve to the fact that the cards are stacked against me as a Black woman. I know that and yet I still felt blindsided when I saw it happening in real-time. I also experienced harassment by my male peers, and I mistakenly didn’t seek out support from my professors or a counselor because I didn’t feel comfortable.”

In her spare time, Desmaratti researched the inequities in science, technology, engineering and math (STEM) and the data she found was jarring.

“I spent a lot of time collecting data to see if what I was experiencing in my classes was substantiated,” she said. “And everything I found confirmed that my experience was the norm. STEM has the highest presence of prejudices and stereotypes out of any college major and field. How was I supposed to feel supported and accepted?”

Disheartened by the statistics, the next year Desmaratti enrolled in classes with a new perspective—if she wanted change, she would have to be an active participant in her college experience. She looked for on-campus opportunities and found COD’s Society of Women Engineers.

“I worked really hard to rebuild my GPA and started to build my platform to stand out,” she said. “I became president of the Society of Women Engineers, and even though I didn’t know the first thing about being a leader, I knew I was eager for change.”

With a passion to make STEM a more inclusive and supportive environment for all ethnicities and genders, Desmaratti began an extensive research project, “Enriching the STEM System,” which focused on the driving factors behind the lack of women and underrepresented minorities in the field.

After an encouraging conversation with COD’s STEM Dean Jennifer Cumpston, Desmaratti was invited to present at the STEM divisional meeting, an experience Desmaratti called life changing.

“I had never been bold enough to go up in front of leaders and tell them how I felt as a minority female student,” she said. “I shared the microaggressions I face every day and it made me realize that we need to hear more voices like mine. For the first time in a long time, I felt seen and I felt heard. I had a lot of great conversations with faculty members after my presentation.”

Desmaratti has been advocating for the Society of Women Engineers because she believes the club doesn’t get the same attention or support as the College’s Engineering and Technology Club.

“Even though I’m transferring, the club is growing with the hard work of the club members and STEM faculty,” she said. “I’m hopeful for the club’s future.”

After earning her Associate in Engineering Science degree, Desmaratti will attend North Central College to study Actuarial Science. She is looking forward to continuing to use her voice for positive change.

“The most important thing for everyone to know is that a world with diversity is a much more beautiful world, it’s a much more just world and it’s a much more creative world,” she said. “I’m excited for my own future, to be doing something unique and paving my own way for others to follow.”