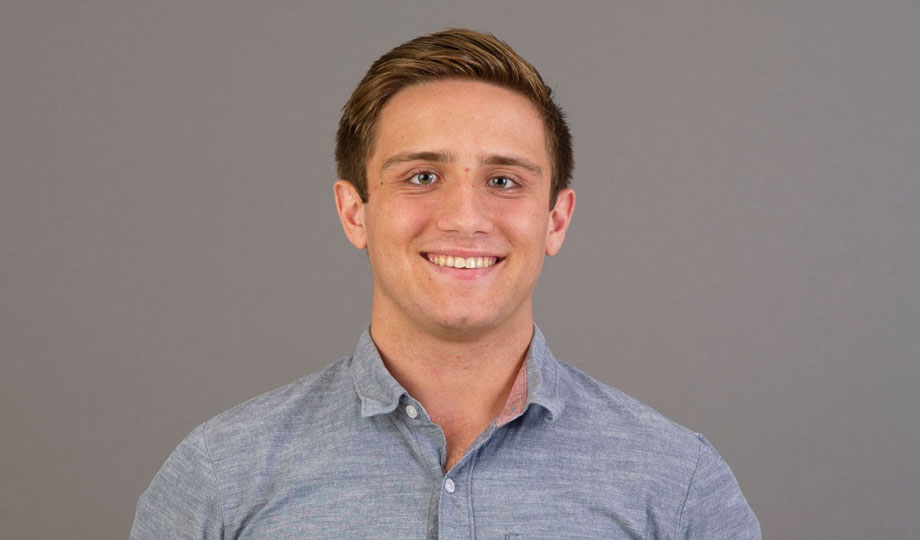 Andrew Krall didn’t do well in physics during high school.

“Halfway through my pre-calculus course at College of DuPage, I was studying ellipses and learned that they can be used to calculate orbits,” he said. “I started to see how everything connected together – math and physics and space. It just snowballed from there. I even gave two speeches in speech class on space.”

In 2017, Krall had an opportunity to travel to NASA’s Langley Research Center as part of the NASA Community College Aerospace Scholars project (NCAS). He learned about the NCAS program from Associate Professor of Physics Rumiana Nikolova and initially qualified for a five-week online scholars program. He then was selected as one of 304 community college students from across the country to travel to NASA.

During the four-day visit, he was part of a team that developed and tested a prototype Mars rover, created a company infrastructure, managed a budget, and developed communications and outreach. Krall’s team voted him as its MVP.

“A large part of the experience was networking. It was exciting to meet employees who started at a community college and now work for NASA,” he said. “It was an intense experience. It opened my eyes to what NASA can do. It also helped me narrow my career focus.”

Krall continues to build on this life-changing experience. He joined the COD Astronomy Club and, after two years of being a member, served as its president. The club has been working on a scale model of the solar system for several years that will be a permanent installation on campus.

He also helped as a tutor in Professor Joe DalSanto’s “Stars and Galaxies” class.

“I took that class as an honors course, and we did a cool research paper that he actually still has posted in the classroom for future students to see,” he said.

Krall is now an aerospace engineering major at Iowa State University, where he hopes to be involved in another NASA student project called the Deep Space Food Challenge. After graduating, he wants to work for NASA or SpaceX and ideally would like to become an astronaut.

“If I can’t go to Mars or work on a rover that goes to Mars, I want to save the earth,” he said. “It’s a cultural thing with my generation. My friends and I always talk about what we can do to help the planet.”

As for College of DuPage, he is amazed by the quality of his educational foundation.

“I was able to take all of my gen eds and it was cool how flexible my schedule could be,” he said. “I had so many options to pick and choose from, and this allowed me to work and save money. I also didn’t come to COD expecting to go to NASA, and going to NASA was a life-changer. I’ve learned more of who I am as a person. At NCAS, I didn’t originally have the leader role, but I filled in the gaps needed to keep the group running coherently. It was a learning lesson for me and I didn't even realize it. I like and want to lead, and I have learned that I have the ability to be a leader.

“I used to be a ‘C’/‘D’ student in high school, but since I found my passion, that has all changed. I’m glad to say all of my bad study habits are nearly gone. I know I have to work harder than anybody else in order to get what I want. I want to be an astronaut, and I will do everything I can to get into space.”