Coronavirus (COVID-19) Updates: All COD facilities are closed through Friday, May 15. Read more 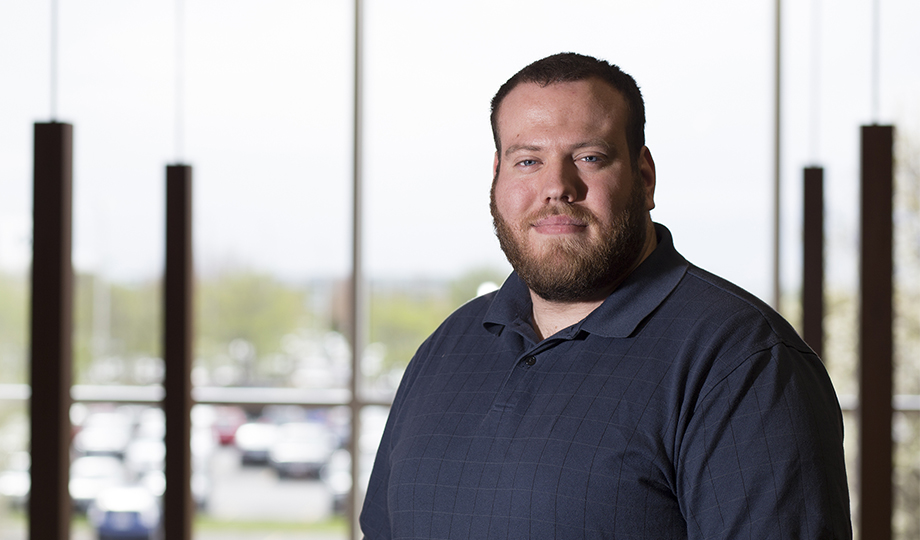 When Mark Littlefield Jr. was in elementary school, his father, who served in the military, was involved with technical surveillance counter-measures.

This sparked Littlefield’s interest in computers, which continued to grow as his family moved around the country, from Illinois to Maryland to Hawaii, among other places. He also played sports and joined student government, becoming treasurer in fifth grade and president in sixth.

“I attended seven different schools, and while I had different friends each time, the common bond was that we had a parent in the military,” he said. “I learned a lot of things, and sometimes there was sorrow because a friend would lose a parent. It could be very emotional.”

When his dad retired from the Army, Littlefield and his family moved to Chicago. He started high school, where he loved reading computer coding books. But he never felt comfortable.

“It was a different culture and I felt alienated. I started having problems that led to a breakdown,” he said.

Littlefield ended up in a residential program and therapeutic day school. By the time he returned to high school, he had fallen too far behind. He instead dropped out and earned his GED on the first try.

Knowing things needed to change, he went to college with high expectations but was lost when it came to a major. He eventually attended three different colleges but never enjoyed the experience.

His mom recommended COD, so Littlefield switched schools once again and found the Computer and Information Technology (CIT) program.

“One of my first professors was Brock Stout. He was very understanding and very empathetic, and when I wasn’t getting something, he always helped out. Then I had Tony Chen and Justin Wagner, who were the same,” he said. “It was during these first classes, when I was quickly doing the work and picking up new concepts easily, that I realized how far I had come. I actually began dreading breaks because I just wanted to keep learning.”

When the idea for the Cyber Defense Club came up, Littlefield helped form it and was elected its first president. He coordinated club activities, led many of the club’s Tuesday Teaching days, and was part of the College’s cyber defense team that competed nationally against four-year schools. He also participated in meetings for such organizations as the Information Systems Security Association.

His entire experience in the CIT program could not have been better.

“I found many options within the program to pursue. I met other people who were like-minded, and the program had a community feel to it,” he said. “The equipment was amazing. The computers, routers and racks were in the classroom, which meant we could apply what we were learning immediately and have our teachers there to guide us and answer questions.”

In 2019, Littlefield earned his Associate in Applied Science degree in Cybersecurity and Defense and was named one of the College’s two outstanding graduates, an honor he still finds hard to believe.

“When I received the first email with the application, I told my parents and they said to send it in. Based upon my life, I didn’t think anyone would pick me,” he said. “It still doesn’t seem real.”

Littlefield is transferring to the Illinois Institute of Technology, and his goals are to pursue a bachelor’s degree and a career as a penetration tester. As for College of DuPage, he cannot say enough good things about the school.

“I would wholeheartedly tell someone to attend,” he said. “I never felt like a number and I had professors who always helped. COD is where I found my career path and where I felt I truly belonged.”

More about the Computer and Information Technology (CIT) program

Click on the above photo for a video about Mark Littlefield Jr.