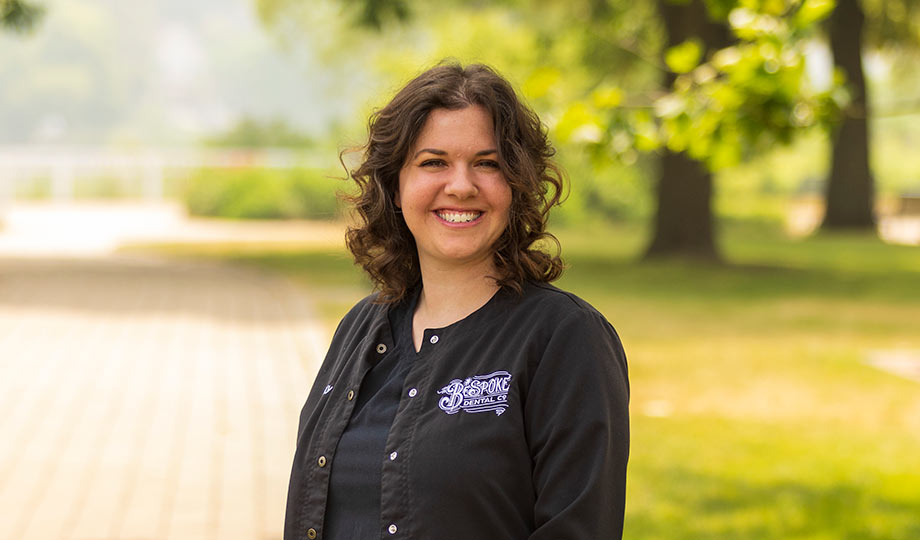 Roxanne Peterson originally was set to pursue her passion for dance.

Upon graduating from high school, she was preparing to join the Boston Ballet on a full scholarship. But two weeks before the program started, she broke her ankle in five places and injured her back.

She eventually moved to DuPage County with her sister, started two jobs, and began taking general education courses at College of DuPage. In searching for a career in which she could help people, Peterson discovered dental hygiene.

“I did some job shadowing with a dental hygienist and discovered that I really enjoyed it,” she said.

Since entering COD’s program, Peterson has developed a program for the nurses working at Edwards Hines, Jr., VA Hospital on proper oral hygiene care. She also helped to lead a presentation for patients at the Ray Graham Center, where they discussed proper brushing, flossing and nutrition.

“At Hines, nurses are expected to take care of oral care, but they aren’t trained in that area,” she said. “I don’t feel the government has funded such care properly and the insurance companies are not on the same page. The first step toward proper care is education.”

She has volunteered at a variety of schools, including those in the Bensenville Elementary School District, to help educate children about brushing, flossing and proper diet, and she has read educational oral health books to children during story time at Barnes and Noble in an effort to reinforce proper oral care.

In receiving her Associate in Applied Science degree, Peterson also conquered another fear – earning a college degree while having dyslexia.

“I never thought college was a possibility for me because I have dyslexia, making school fairly difficult,” she said. “College of DuPage has transformed this fear into a learning opportunity. My dream of a higher education has come true as a result of the resources and professors who care and value student success and achievement.”

In 2014, Peterson was named one of COD's Outstanding Graduates. She is working as a hygienist and recently completed her bachelor’s degree in Healthcare Management through COD’s 3+1 program with Concordia University.

“I cannot thank College of DuPage enough, and I especially want to thank Professors Barbara Czahor, Patricia Belmonte, and Lori Drummer. Their constant support allowed me to pursue an exciting new career.”