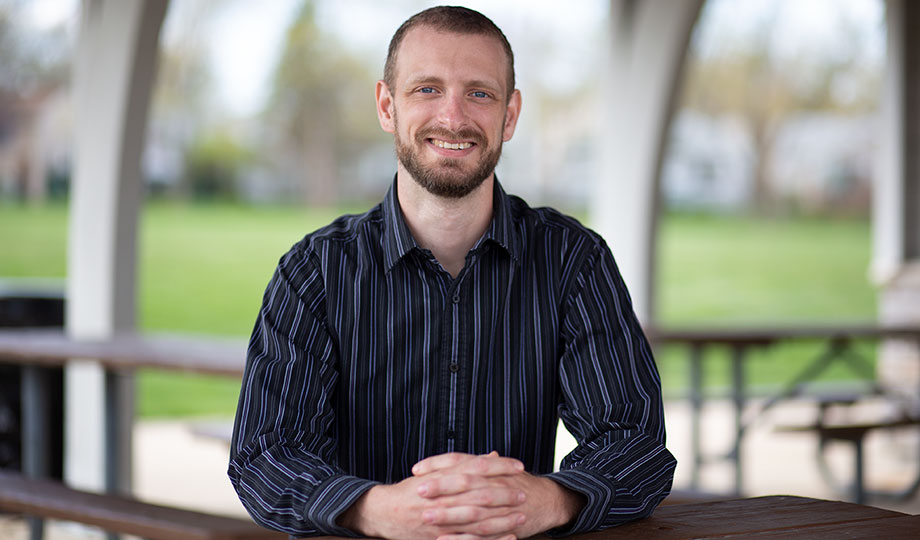 Zachary Rahn found it difficult to focus on his education in high school.

After graduating, he was unsure of what to do with his life and began working minimum-wage jobs. But a new seasonal position at Wannemaker’s Home and Garden in Downers Grove ignited his passion for horticulture.

“I was constantly around plants and I loved it,” he said. “It became an obsession. The more I learned from my managers and the staff, the better I could help customers.”

Wannemaker’s eventually offered Rahn a full-time position, and he became manager of the pond department. He also took courses through Aquascape but soon realized he would need more training if he wanted to pursue horticulture as a career.

“As time passed, I regretted not getting a college education,” he said. “Our typical seasonal employees were college students, and so many of them went to College of DuPage. I enjoyed working with them and listening to their experiences at COD, and they told me about the Horticulture program. I set up an appointment with Program Chair Brian Clement, and his passion and knowledge of the program and the horticulture industry inspired me to pursue a degree in horticulture.”

Ten years after graduating from high school, Rahn enrolled at COD while continuing to work. He dedicated himself to learning as much as he could about plants, their uses and how to best care for them.

It was during a class project in his first course, Introduction to Horticulture, that he developed an interest in herbalism. He learned how chemists used willow bark to produce aspirin and what other plants could be applied to wounds or to reduce a fever.

“The more I dug into the project, the more it became fascinating for me,” he said. “After our project was completed, I kept researching the topic and the next semester, the president of the Horticulture Club invited me to give a presentation on herbalism. It went so well that I was asked to do so again the next year.”

One of his best experiences came through the Horticulture program’s annual Career Fair. Rahn secured an internship at Green Circle Growers in Oberlin, Ohio, one of North America’s largest floriculture plant producers, and worked alongside interns from around the world.

“As a grower’s assistant, I learned valuable information about what it takes to work in a large commercial greenhouse, from understanding water chemistry, irrigation and fertilization to insect and disease management for thousands of different crops commonly grown in greenhouses and used in landscapes today,” he said. “I also learned how to propagate and grow various tropical foliage plants and how to maintain and produce top-quality Phalaenopsis orchids. I will never forget that experience and it has helped shape my educational experience and pointed me toward a career path.”

Rahn also applied for and received scholarships from three local garden clubs, including the Elmhurst Garden Club, through which several members privately raised money for his education.

“It helped so much, they were so generous about it,” he said. “One member who is a COD grad, Lynn Baralt, contacted me about a position at her landscape company, Baralt’s Custom Landscape, and that’s where I currently work.”

Zach is graduating with highest honors with an Associate in Applied Science degree and the Greenhouse Management certificate. He also was named one of the College’s two Outstanding Graduates.

“I knew when I started at COD it was going to be a big commitment, and I’m still completely blown away by how well I did. When I got that first email about finishing my initial semester with a 4.0 GPA, I couldn’t believe it,” he said. “Being Outstanding Graduate is something that I am really proud of. I never thought I would be picked.”

Rahn’s ultimate goal is to work for a large commercial production greenhouse and continue his interest in plants that shape modern medicine. He advises anyone considering COD to give it a try.

“There’s a program for everyone, and with so many programs and opportunities, you can really find what you are passionate about,” he said. “Regardless of the outcome, you will take something positive away from the experience.

“I am very excited to go out into the world and use my knowledge and experience I gained at College of DuPage in an industry that I love.”

Learn more about the Horticulture program at College of DuPage.