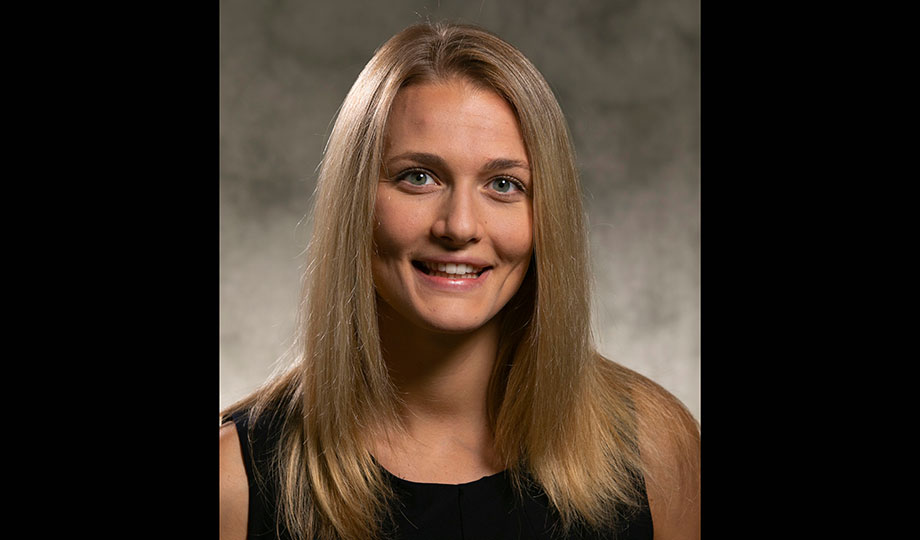 Although Kotryna Staputyte was looking forward to playing basketball at a Division III school or going away to a Big Ten University, she decided to make the smart financial choice and attend College of DuPage.

It helped that she was named a Presidential Scholar, which includes free tuition for two years for high-achieving students. As soon as Staputyte made her choice, she immediately immersed herself into COD.

“I visited the college quite frequently my senior year of high school. My goal was to get as much information as I could about the best ways to get involved, the best professors to take and the best ways to make COD a home away from home,” she said. “I registered for my classes super early, right when registration opened. I was at a computer, ready to go. I started going to basketball open gym and summer cross country practices. I knew I wanted to be a college athlete, and going to a community college was not going to stop me. Instead, it gave me the perfect opportunity to be a direct contributor to a team right away.

“I was also very happy to live at home and get free housing and free food! Not to mention the opportunity to spend more time with my family and see my younger brother grow up through his last years of elementary school – something that would have been much harder if I was not a commuter.”

“I decided to take honors classes to challenge myself. I decided to make friends in my classes, do extra work, communicate with my teachers and coaches, and ultimately make COD a perfect place for me,” she said. “No matter what school I would have gone to, I know that I would have become as involved as possible. At COD, I realized there were more opportunities to do so than I had ever imagined.”

In 2015, Staputyte entered the annual Dr. Pepper Tuition Giveaway, which invites students to briefly state how they want to change the world. In her submission, called “Give Every Child a Chance,” Staputyte wrote: “My best friend (Dominykas) has a developmental disability. I have witnessed him improve his skills drastically since his time in the U.S., due to the medicine he has obtained and the amazing support system and friendships he has developed. I strive to be the first doctor in my family to improve the lives of children worldwide who are impacted by disabilities.”

She initially was one of 16 finalists and traveled to California with three others. The four competed in the first round of the challenge, from which two advanced to the final round at the PAC-12 championship game. Making it to the final round, Staputyte edged the other finalist and won a $100,000 scholarship.

“It was Dominykas’ story that inspired all of this, and I hope that my story inspires others to think about their goals and their dreams for the future,” she said. “And I have to thank Dr. Pepper for what they have done. It started because I saw their ad on Facebook, and it’s cool to be part of a project where tens of thousands of students across the country share their stories and their hopes about changing the world.”

Having earned her Associate in Science degree and graduating with honors, Staputyte transferred to the University of Illinois at Urbana-Champaign, where she earned her bachelor’s degree in Molecular and Cellular Biology with a minor in Nutrition. She joined Kappa Alpha Theta and spent a fall semester studying abroad at Stockholm University in Sweden.

She also completed EMT coursework and took a gap semester, during which she lived in the city and worked as a Patient Care Technician in the Oncology/MedSurg department at Rush University Hospital. She also became a Yoga Sculpt Teacher certified at CorePower Yoga.

Currently, Staputyte is working on her master’s degree in Biomedical Sciences at the Kirksville College of Osteopathic Medicine located at A.T. Still University. She said the two-year, research thesis-based program should help her transition into medical school. Her goal is to become a doctor of osteopathic medicine.

Staputyte knows her choice to attend College of DuPage was the right one.

“I was surrounded by like-minded students who challenged me and motivated me to do my best. High quality professors also motivated me to chase after my goals through hard work, dedication and, of course, an enjoyment in what I do,” she said. “By driving myself to school, choosing my own classes, putting together my own schedule and managing my time, I became a more productive and independent person and student. Since I still lived at home, I got the best of both worlds: an independent lifestyle and the support of my family on a daily basis.

“Ultimately, I did not choose COD for the reasons most college-bound student choose their colleges and universities. I came to COD with an open mind and a plan to be as involved as possible. Right away, I became in love with the campus, the classes, professors, coaches, teammates and the people. I chose to go to COD with no clue of how much it would ultimately give to me.”