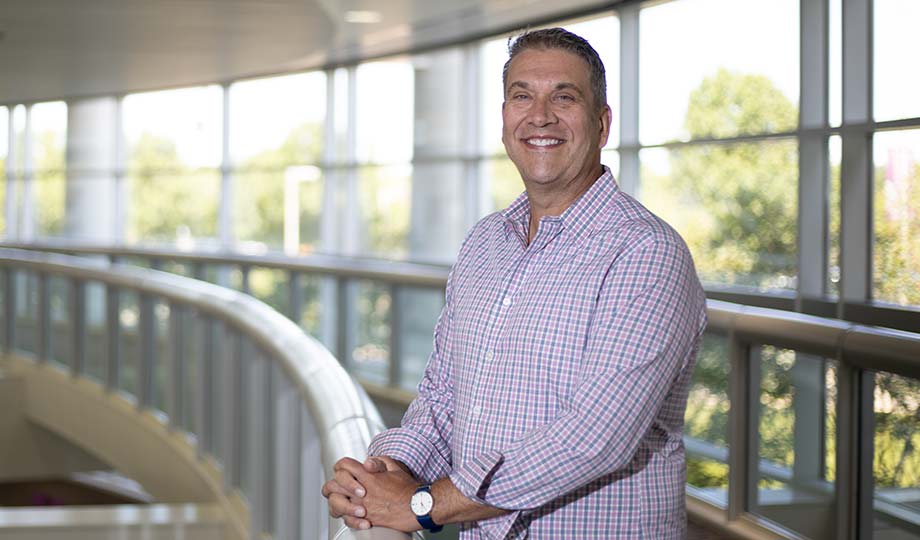 When David Goldberg was a child, his mom used to send birthday invitations to the White House.

"Responses from Nixon, Ford and Carter when I was less than 10 captured my interest," he explained. "Then I was a teenager during the middle to late 1980s. This was an odd time for a variety of reasons, but U.S. foreign policy toward Latin America and the Cold War drew my attention in particular."

Since then, political science has been a part of Goldberg's life, and he now shares that knowledge with his students.

"Perhaps more than anybody else, most people remember a teacher who helped shape their professional and personal lives in a profound way," he said. "I,personally, have several such examples from high school and graduate school. I think the development of critical thinking skills and the ability to express oneself with the written word are powerful tools for anybody in any walk of life."

Goldberg has specific goals for his students.

"At the macro level, a better understanding of the issues and institutions involved in the construction and application of power in the United States and the international system," he said. "At the individual level, I hope students develop a better appreciation of what is involved with decisions that impact everybody and to encourage citizens to participate in that process in whatever capacity.

"Behind it all, the development of critical thinking skills is one of my biggest goals for every class."

Yet he also is amazed by the dedication of those pursuing an education against all odds.

"Helping students overcome obstacles to achieve their intellectual and professional goals is very inspiring. In the current environment, many students have to work long hours while addressing child care and other personal needs but continue to make school a priority. That is powerful.

"On a related note, I never cease to be amazed at people in the United States and other parts of the world who struggle for social, political and economic change in the face of insurmountable obstacles and the threat of violence."