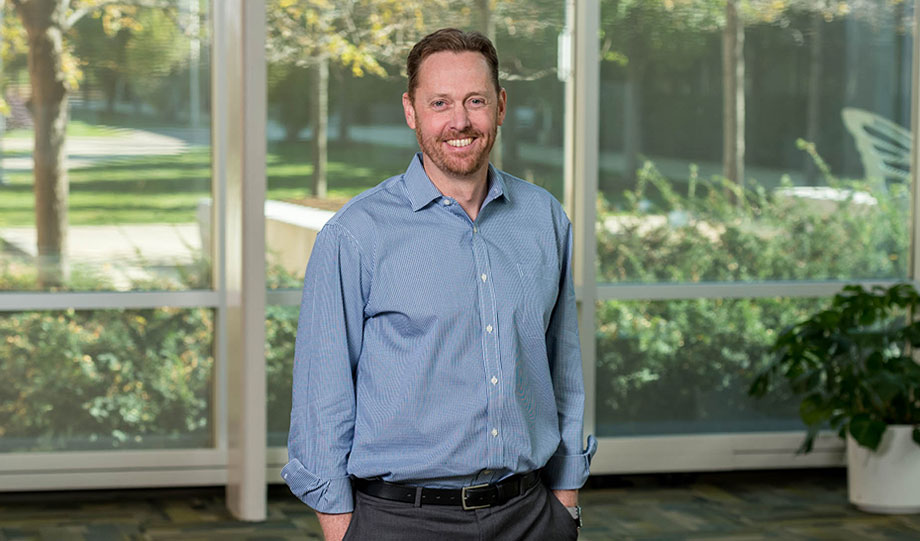 Mark Pearson may have played with Legos while growing up, but his interest in building things stretched beyond the play room.

"My father is an engineer, so I was exposed to the architectural profession early on," he explained. "In high school, I thought I wanted to be an artist, but I also had an interest in math and science. Someone suggested that architecture might be the ideal balance of both of these worlds."

As a graduate student at the University of Illinois at Urbana-Champaign, Pearson taught design studios as a graduate teaching assistant. He enjoyed the interactive nature of teaching architectural studio courses and loved the creativity of the environment, which led him to begin thinking about a career in teaching.

Once out of college, he worked full-time at several Chicago architecture firms, starting at Skidmore Owings and Merrill, LLP.

"As an architectural intern, I worked on an unbuilt proposal for the world's tallest building in Chicago," he said. "I also worked on the master plan for a large mixed-use development in Chicago known as Lakeshore East.

"After SOM, I spent several years at Frye Gillan Molinaro Architects in Chicago, where I was a project associate. This firm specialized in public libraries, and I worked on a number of library projects throughout the Midwest, including acting as the project lead on the Summit Public Library. During this time, I also began teaching part-time in the Interior Design department at College of DuPage, which was my first exposure to COD."

Pearson was hired full-time in 2004 to teach Architecture at COD. He is thankful to the fantastic professors who helped him find his own creative voice, and he tries to model his own teaching after those individuals who helped him.

"When my students complete their education at COD and continue on in their architectural education at the university level, I want them to feel that they were uniquely prepared for future success by having been a part of the Architecture program at COD."

More about the Architecture program