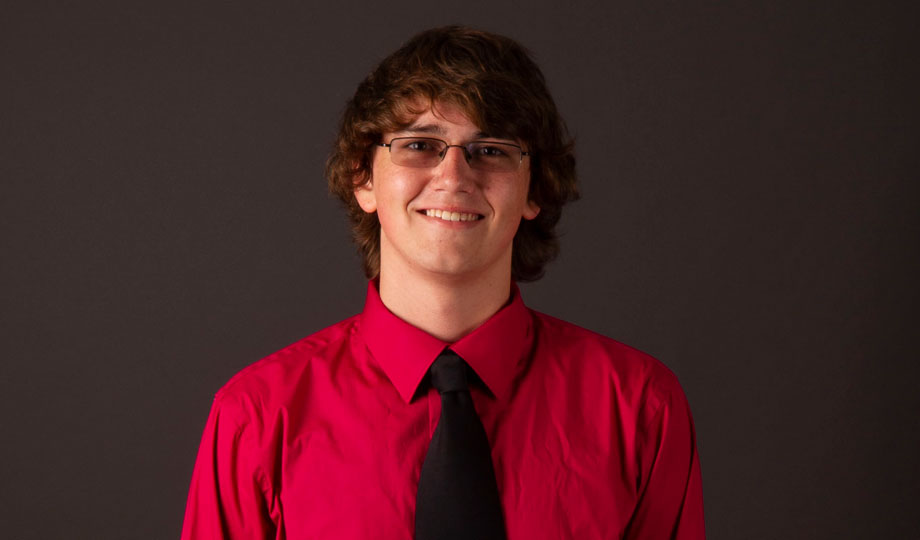 Austin Ahlert grew up surrounded by pets, so it’s little surprise that his career would involve animals.

“I’ve had dogs, fish, frogs and hamsters, and while they’re fun to play with, they're also interesting to watch,” he said. “When we visited the zoo, the variety of animals spurred my interest because of their differences. Each animal is unique in its own way.”

Ahlert studied biology and zoology at College of DuPage. As a Presidential Scholar, he received a full-tuition scholarship and enrollment in COD’s Honors program and the Phi Theta Kappa Honors Society. And because he financed college on his own, the choice was easy.

“COD helped me to finish my general education requirements in a timely and inexpensive matter while providing a very good education,” he said.

After earning his associate’s degree, he transferred to Illinois State University and began gaining experience with internships at Summerfield Zoo in Belvidere and Miller Park Zoo in Bloomington. Ahlert finished his bachelor’s degree in Zoology and landed an internship at Brookfield Zoo in its Large Carnivore department, which encompasses the bears and large cats.

Currently he’s working as a seasonal zookeeper at the Miller Park Zoo. It’s a start to a career he’s been thinking about for many years.

“I’ve watched shows on Animal Planet that show the diversity of animals,” he said. “I would watch ‘River Monsters,’ ‘Mutual of Omaha’s Wild Kingdom,’ ‘The Crocodile Hunter’ and other shows that followed this pattern of one person exploring and searching for animals. I’d like to see what lives around the world. ‘River Monsters’ is interesting because I like to fish and because of the mystery the water holds. I would never think to find those fish in freshwater close to home.

“Now that I’m working at zoos, I’ve thought about what I want to do. I would like to be the person who interacts with the animals and shows them to people for educational purposes. I would prefer more of the zookeeping and animal husbandry side with perhaps smaller amounts of research.”

Ahlert appreciates how College of DuPage helped him adjust to the amount of freedom that happens when transitioning from high school to college.

“This includes everything from picking classes to spending less time at school and having extracurricular activities,” he said. “For my career, with the money saved by going to COD, there wasn’t as much financial concern when choosing and attending ISU and pursuing my career after graduation. This field is difficult to land a paying job in right away, so internships and volunteering are necessary to advance. I’ve focused more time on finding those positions instead of paying jobs to repay my loans because of the money saved from those two years at COD.”

More about the Biology/Botany/Zoology program