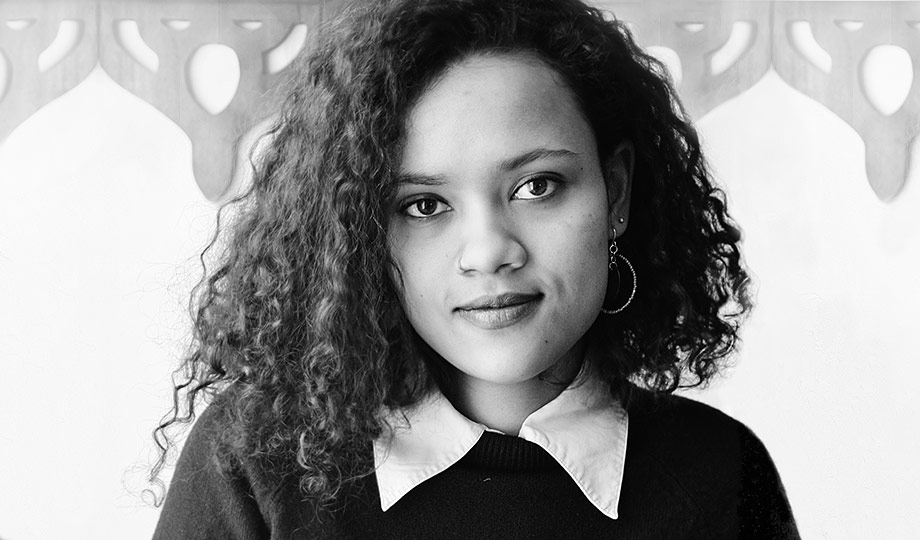 Rachel Bass graduated from Amherst College in 2013 with a bachelor’s degree in Black Studies.

She then applied to graduate film school but was turned down. Moving back home to Chicago, she had every intention of reapplying to graduate school but also decided to register for film classes at College of DuPage.

“The only expectation that I had coming in was that I was going to learn as much as I could about film and to gain experience during my year of preparing to apply to graduate school again,” she said. “My intention was to make myself more competitive the second time around.

“My time at COD has done much more than that, especially the classes I took with Heather Currie and John Rangel. Their classes have artistically and academically challenged me more as a storyteller and filmmaker than any other class in my history as student.”

Bass completed her Film Production MFA at Chapman University in Orange County, Calif., with an emphasis on directing. She directed her graduate thesis, “Thicker than Water,” which was nominated for a Princess Grace Award, from a script she co-wrote with her siblings in a writers group they established years ago.

“In our script called ‘The Old Coat Society,’ the setting is 1877 Illinois and the story is about a lonely white boy with polio who develops a friendship with an adventurous white-looking town newcomer, and his racist worldview is threatened when he discovers that the boy is really black,” she said. “ ‘Thicker than Water’ was my most challenging undertaking as a storyteller, but it pushed me to grow in ways I did not foresee. My team and I are proud of the outcome, and the story unfolded magically.”

Her current positions include adjunct lecturer at Chapman University, where she teaches visual storytelling, and part-time personal assistant to a TV director. Bass also is working on a feature script, “No Stars by Night,” written by The Old Coat Society, which consists of three of her siblings who worked on “Thicker than Water.”

“ ‘No Stars by Night’ is a film adaptation from one of Mark Twain’s short novels that explores the concepts of white identity and fantasy, similar themes explored in ‘Thicker than Water,’” she said.

She also continues to prepare for her filmmaking career, taking scene study classes at a drama school to enhance her work with actors. She also reads as much myth and history as possible, because she plans to incorporate myth more fundamentally into her work. Her long-term goal is to professionally direct historical fantasy and drama films.

While Bass is excited about earning her MFA, she is equally pleased about her decision to take film classes at COD.

“My experience at College of DuPage provided the foundation that is enabling me to pursue film to greater heights,” she said. “The faculty is the bomb. If you come to COD with a purpose, the resources can take you wherever you want to go. My one year at COD was the most important year in shaping my identity as a storyteller and always will be.”