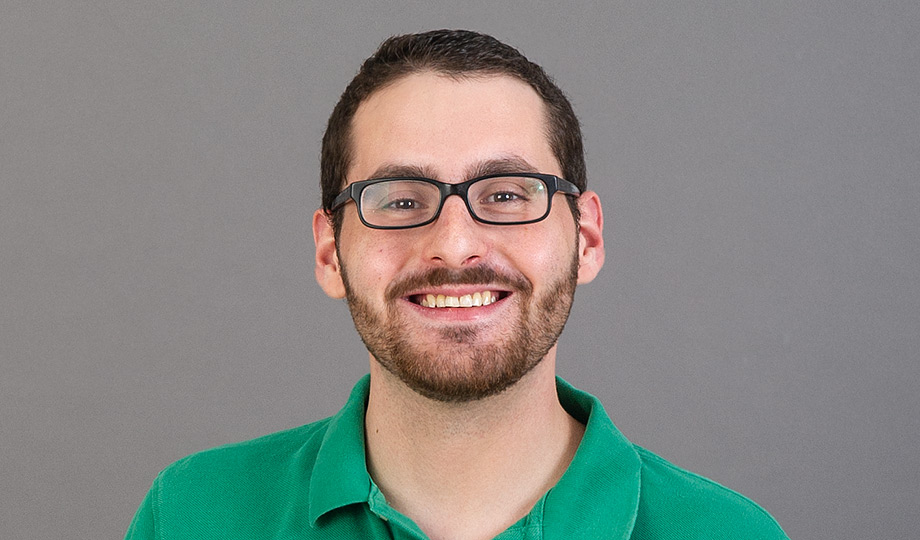 “I acted in and student-directed theater productions, wrote for the student newspaper and, of course, competed on the speech team,” he said. “Through these activities, I learned to love both the written and verbal communication processes. I loved communicating stories and feelings, truly connecting with others on a deeper level.”

When it came time for college, Bodell wanted to pursue filmmaking but didn’t want to commit to the financial cost of attending a film school. So he selected College of DuPage, a financially sound decision that allowed him to take a variety subjects and explore different passions.

“I have always felt that it is just as important to learn what you don’t want to do as it is to learn what you want to do, and COD allowed me the flexibility and peace of mind necessary to do both,” he said. “Sure enough, I soon found myself moving away from filmmaking and toward subjects like political science and communication that fulfilled me on a deeper level.”

COD also gave Bodell a sense of self-confidence that had previously eluded him.

“The faculty was always encouraging and caring, and my friends on the Forensics Team made coming to school feel like coming home every day,” he said. “As a member of the Forensics Team, I was challenged to develop greater presentational skills, communication competencies and leadership abilities. No activity has had a greater impact on me – as a student, citizen and individual – than Forensics, and COD’s program filled me with the passions for speech and communication that have guided me over the past several years.”

Bodell transferred to North Central College and continued his involvement in competitive speech and debate. In 2016 at the Pi Kappa Delta National Comprehensive Tournament, Bodell earned second place in After Dinner Speaking (humorous persuasive speaking) and in Individual Parliamentary Debate Speaker Awards. Alongside his partner, he was also a part of the only undefeated Parliamentary Debate team at the tournament at the end of preliminary rounds.

At the National Forensics Association National Tournament, he was a quarterfinalist in Extemporaneous Speaking and Impromptu Speaking.

“I know that I would not have been able to achieve what I have without the teaching I received at COD, particularly from coaches like Lauren Morgan and Jude Geiger,” he said.

Bodell earned a Bachelor of Arts in Political Science from North Central College with minors in Speech Communication and History. After working at NCC as the assistant forensics coach, he finished a master’s degree in Communications Studies at Northern Illinois University, where he was a graduate teaching assistant and a coach for the NIU Forensics program.

He is now a full-time speech instructor and director of forensics at Highland Community College.

“I am thrilled to be working at a community college where I can help empower a diverse range of students to embrace their voices and passions just as my time at COD empowered me,” he said. “My experiences at COD, particularly on the forensics team, made it possible for me to begin my career with confidence.”

For students considering College of DuPage, Bodell wants to make it clear that they are not “settling” by attending a community college – in fact, it’s the opposite.

“By choosing COD, you are making the best decision you could make and one that others often regret not making,” he said. “In addition to saving money and receiving an excellent education in return, you will find COD to be a comfortable place to explore your interests. Don’t let your classes represent the extent of your involvement at COD. Get involved with clubs and activities, and there are many to choose from at COD.

“If you are considering joining the speech and debate team, know that you would be joining a program committed to making you the best version of yourself that you can be. In my opinion, no activity is as inclusive, challenging, fulfilling, fun and ultimately valuable as speech and debate. The activity often feels like a hidden gem. Not many students hear about the “Forensics Team” and realize that it doesn’t involve dead bodies or crime scenes. Not many students realize how valuable and how incredibly exciting the activity can be. My advice is this: Give the Forensics Team a try. Challenge yourself. You won’t regret it.”