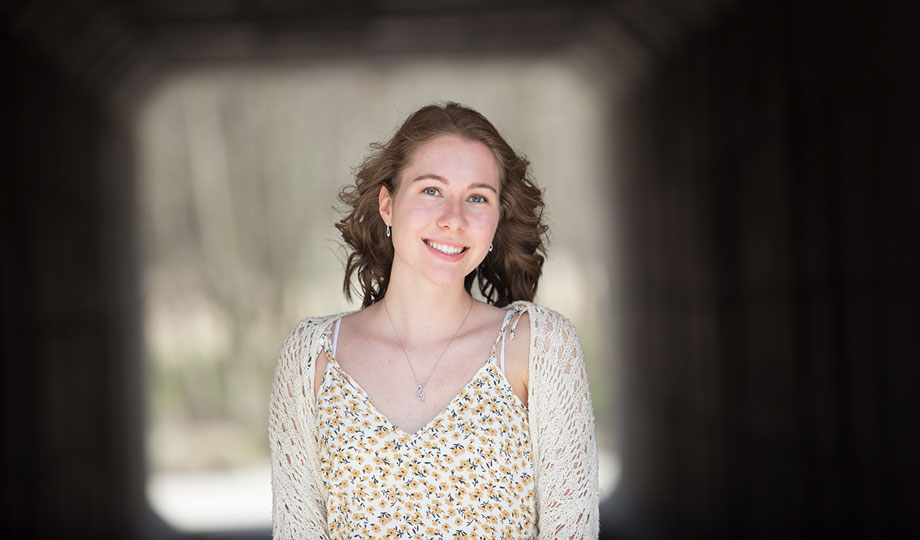 Sarah Bredesen lives by one rule.

Learning to take risks was one of the best decisions Bredesen ever made. She was extremely shy as a child, and when it came time for college, she wasn’t happy about attending College of DuPage.

“For the longest time, I had my mind set on attending a university directly out of high school,” she said. “I am not proud to say I fed into the community college stereotype at first, which deterred me from being intentional in my involvement at school. After my first semester, I was left feeling unfulfilled and dissatisfied and knew I had to do something about it.”

Bredesen joined the Honors Student Advisory Committee, which led her to becoming president during her sophomore year. She also applied to and was accepted as an officer for Phi Theta Kappa, for which she was executive vice president.

“I was terrified to pursue these leadership positions at first because I was unaccustomed to taking charge and being a figure of authority,” she said. “Once I fell into these positions, however, I never wanted the experiences to end. I am the person I am today because these roles have truly changed me for the better, and I’m proud of getting more people involved in groups that provide an outlet for students.”

In particular, Bredesen forged a bond with Professor Lisa Higgins, director of the Honors Program who facilitates the Honors Student Advisory Committee.

“I was so nervous about coming to the first meeting because I didn't know anybody at all. But when I got there, Lisa was so welcoming and friendly that I immediately felt comfortable,” she said. “I’m really grateful to her for giving me the opportunity and making me feel confident from it. If it weren't for her kindness toward me, I think it would have been much harder for me to have the confidence in pursuing other opportunities and taking on other challenges at COD.”

Music is also a place where Bredesen is taking risks. For several years, she has composed music for choirs and orchestras. She and a group of friends even wrote a musical. Perhaps the most ambitious undertaking was starting and directing a charity choir out of her basement. The group, called Chorus for a Cause, performs to raise money for the Make-A-Wish Foundation.

In earning her Associate in Arts degree, Bredesen was named one of the College’s Outstanding Graduate finalists. She transferred to the University of Illinois at Urbana-Champaign, where she is pursuing a double major in marketing and management. She is also active on campus as vice president of marketing for the Illinois Music Business Club and was inducted into the Illinois Business Council.

Bredesen is excited to start an internship as a digital transformation consultant at Baker Tilly’s Chicago office and hopes it could lead to a full-time position.

As for COD, Bredesen is glad she took risks and believes people should look at every experience as an opportunity for improvement.

“When I started at COD, I felt my life was stagnant and realized I needed to grow,” she said. “I never imagined how impactful the experience would be. It kills me that my last semester has been cut short by all the craziness that has been going on in the world right now, but I find comfort in knowing that the friendships I have developed and the memories I have made here will far outlast my time at COD. I could never imagine having gone anywhere else.”