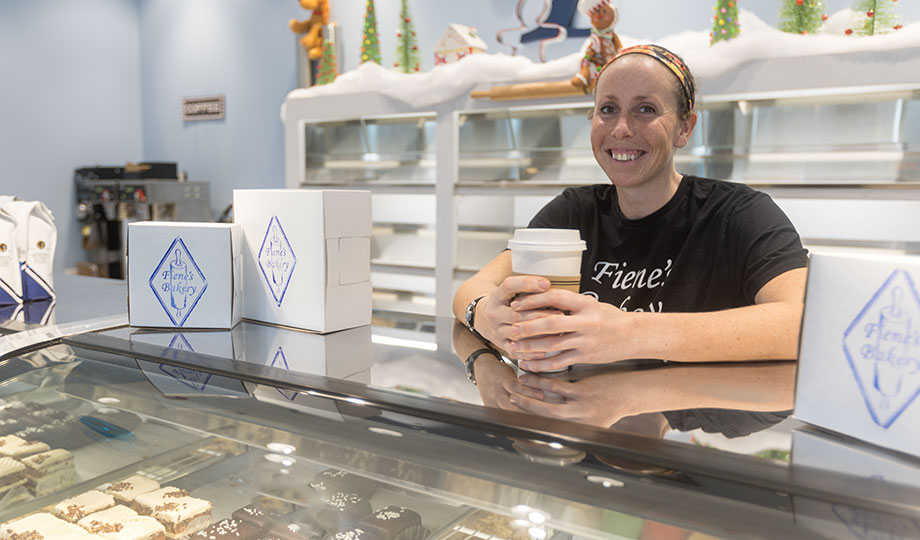 Although Meghan Fiene earned a master’s degree in exercise physiology and started a career in it, she realized her true passion was food.

“I began baking and cooking a lot at home before ultimately deciding to make a career change,” she said.

Because her siblings all took classes at College of DuPage, Fiene knew about its excellent reputation. Her brother even taught an EMT course at COD for several years. She was confident that COD would have the education she wanted, plus the tuition was affordable.

“COD provided a great education for both culinary and pastry. The small class sizes allowed me to receive hands-on training, which was instrumental in preparing me to work in the baking industry,” she said. “COD also has a great team of chef instructors who come from a variety of backgrounds and, therefore, were able to provide a well-rounded education.”

After leaving COD, Fiene began honing her baking and culinary skills as preparation to open her own from-scratch bakery. She finally started the process at the end of 2020 and, within just seven months, monitored construction and planned both the menu and logistics of running the business.

Fiene’s Bakery opened on June 9, 2021, and she hit the ground running from day one.

“I love that my bakery is in the town I grew up in and that I can give back to some of the organizations I was involved with as a kid,” she said. “My goal is for the business to continue to grow and, who knows, perhaps another location will pop up in the future!”

The small class sizes allowed me to receive hands-on training, which was instrumental in preparing me to work in the baking industry.

Fiene advises any students considering the Culinary Arts program at COD to take advantage of every opportunity.

“The chef instructors have so much to offer, so I would recommend really taking the time to ask questions and gain as much knowledge as you possibly can.”

Learn more about the Culinary Arts program at College of DuPage