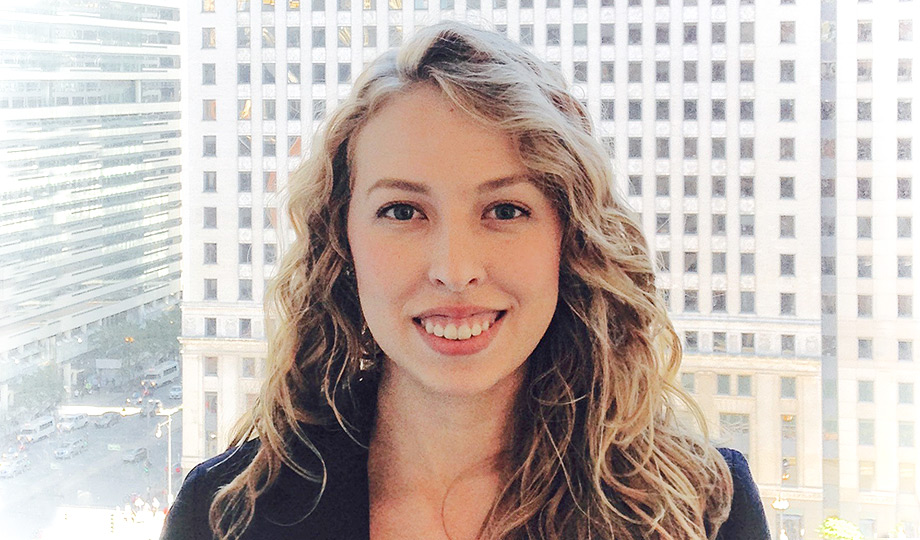 Thea Klinker initially selected College of DuPage after being awarded a Presidential Scholarship.

The award for academically-gifted students covered tuition, which meant that Klinker could pursue a degree without acquiring debt. But she soon realized that COD was the right decision for many reasons.

“I fell in love with the campus – it is clean, environmentally friendly, and I felt comfortable there,” she said. “COD gave me a platform to explore all of my interests: public speaking, environmental science, communications and business. The Honors Program allowed me to network with professors who have been integral parts of my college career. In astronomy, Professor Joe DalSanto and the Library support staff were by my side during one of the most challenging projects I’ve ever completed. By the end of the semester, my partner and I had proven our hypothesis about star clusters.

“When I saw that my professors believed in each of their students, I was able to set higher goals for myself than ever before. As a member of the speech and debate team, I had the opportunity to travel out of state and represent a school that I am now a proud alumni of. Lauren Morgan and coaches like Jude Geiger and Mia Poston inspired me to speak up about issues in the world, especially environmental issues like colony collapse disorder in bee populations and environmentally sustainable waste disposal. I now have the confidence in myself that helps me through job interviews, networking events and the start of my career. No one can take that away from me.”

Being on the Forensics Team at COD helped Klinker understand the value of communicating effectively within a group of people or an organization.

“Lauren Morgan's group communication course allowed me to see the small ways that I could have a hugely positive impact on the people around me,” she said. “I have had an interest in marketing and public speaking since high school. I always wanted to be an environmental lobbyist when I grew up, so I have a passion for learning earth science.”

Klinker now works at Jenner & Block LLP with the Talent Development team, where her main duties include diversity and inclusion initiatives and organizing attorney training programs. She also coaches the Illinois Institute of Technology (IIT) Forensics team and volunteers with Working in the Schools (WITS).

College of DuPage has been instrumental in Klinker’s life, and she knows it helped define her future.

“I would not be where I am today without College of DuPage,” she said. “Chances are I would be a marketing major with only a few notable accomplishments and an obscene amount of debt. COD allows students to be smart about their future. Students can utilize new facilities and professors who actually have time for their students, unlike big research schools where professors are more concerned with their own studies than they are with their students. The quality of education is far higher than many institutions, and the cost of attendance makes COD a no-brainer.

“I always tell students seeking the ‘college experience’ that college is what you make of it. Living on campus means nothing if you aren’t involved. Taking advantage of everything that COD offers means you can create a college experience tailored to your life and your goals. And one last thing: We already pay for COD with our taxes, so start making a return on your investment.”